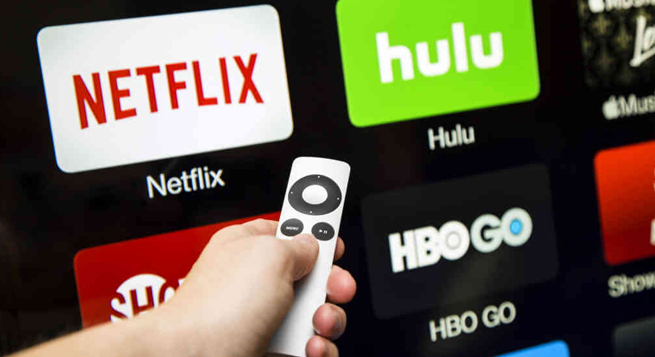 The growth of over-the-top (OTT) media services may be accompanied by a rise in pirated content, particularly where access to such services may be restricted, a group of researchers has found.

The researchers studied the effects of Netflix, one of the leading global companies in paid video streaming,  and its growth in 40 Asian countries. They also studied one country where access to Netflix was restricted, which is where they found that the search for pirated content increased, according to the research done by INFORMS and Marketing Science research.

‘The Effect of Over-the-Top Media Services on Piracy Search: Evidence from a Natural Experiment’ research is authored by Shijie Lu of the University of Houston, Koushyar Rajavi of the Georgia Institute of Technology and Isaac Dinner of Indeed in Austin, Texas, INFORMS said on its website.

When Netflix announced its global market expansion plans in January 2016, the primary telecommunications firm in Indonesia decided to block the service from consumers in that country. At the same time, Netflix was able to expand as planned in 40 other Asian countries.

“When we took a closer look at the impact of these decisions on the consumer marketplace, we found that Netflix’s failure to launch in Indonesia led to a 19.7 per cent increase in search for pirated movies and TV shows they could have received legally if they had access to Netflix,” an official statement from INFORMS quoted researcher Lu as saying.

“This percentage increase is relative to the other countries where consumers had legal access to Netflix content,” the researcher added.

The researchers investigated the effect on piracy demand by collecting monthly search data from Google for a sample of 304 Netflix titles, including both movies and TV programs, in 41 Asian countries, between October 2014 and June 2016.

This period represents the time before the Netflix expansion and the months immediately following that announcement.

According to Dinner, study of the data helped them to determine that search for pirated content was more closely associated with “restricted access to the content, as opposed to consumers simply trying to avoid paying market rates for content they could buy through legal channels”.

Another key finding of the research was that demand for pirated content is also higher for less dialogue-oriented content, which is consistent with the greater appeal of dialogue-light content to non-English-speaking consumers.

In June 2019, Parks Associates estimated that piracy and account sharing would result in a $12.5 billion annual loss to pay TV and OTT providers by 2024.  Similarly, a study released in June 2019 by the US Chamber of Commerce’s Global Innovation Policy Center found digital piracy costs the US TV and film industry anywhere from $29.2 to $71 billion annually.

In India, Mint newspaper reported advertising and subscription-led video  streaming services were losing up to 30 per cent of their annual revenue to piracy as more and more Indians log in to digital platforms to watch content.

Marketing Science is a premier peer-reviewed scholarly marketing journal focused on research using quantitative approaches to study all aspects of the interface between consumers and firms. It is published by INFORMS, the leading international association for operations research and analytics professionals.