National Geographic India is set to premiere 'NORTH KOREA: INSIDE THE MIND OF A DICTATOR' - Indian Broadcasting World
SUBSCRIBE 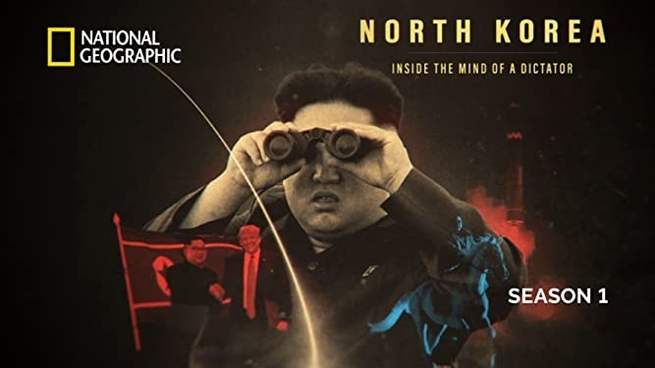 Kim Jong Un has a decision to make which maintains his brutal family legacy or becomes a legitimate leader, a dilemma that could ultimately destroy the Kim dynasty.

As North Korea faces a critical crossroads, ‘NORTH KOREA: INSIDE THE MIND OF A DICTATOR’ chronicles the life and reign of Kim Jong Un as the young and unpredictable leader attempts to turn around his nation’s fortunes.

NORTH KOREA: INSIDE THE MIND OF A DICTATOR premieres on May 15th at 9.00 pm as a part of SPOTLIGHT on National Geographic in India.

From 72 Films (“Inside North Korea’s Dynasty,” “Elizabeth I’s Secret Agents,” “Trump: An American Dream”) NORTH KOREA: INSIDE THE MIND OF A DICTATOR features never-before-seen interviews that shed new light on the duality of Kim Jong Un, both his capacity for ruthlessness and a softer side nostalgic for his youth.

For the first time in an extended global television interview, one of the executioners of Kim Jong Un’s half-brother, Siti Aisyah, tells her extraordinary story. Also, in a world exclusive, João Micaelo, Kim’s former childhood classmate, speaks publicly, for the first time, about visiting Kim in North Korea.

It also tracks the game-changing rise of Kim’s sister, Kim Yo Jung, to his right-hand woman and voice of the regime, maintaining order using fear and violence while her brother reinvents himself as a modern leader.

The family dynasty and the dictator of the notorious moments which makes the interview into a depth way include:

The story takes viewers on a journey through Kim Jong Un’s past and present to understand the man and the myth that holds North Korea’s uncertain future in his hands.