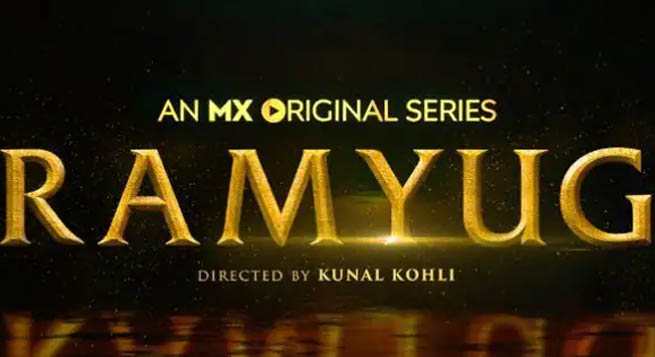 Kunal Kohli-directed web series ‘Ramyug‘ will soon release on streaming service MX Player. Ahead of the grand launch, the makers shared a special music video, Jai Hanuman, on the occasion of Hanuman Jayanti.

The video features vocals by Amitabh Bachchan, decorated musician Ustad Zakir Hussain also makes an appearance. The music has been composed by Rahul Sharma, with lyrics penned by Aman Akshar.

The highlight of the video is the wondrous sand art by Rahul Arya. We all that Hanuman lift mountains, bow before Goddess Sita and offer prayer to a stone with an inscription of Lord Ram on it.

Kunal Kohli, who is known for directing movies like Hum Tum and Fanaa, is helming the upcoming web series, which is being acclaimed as one of the biggest Indian mythological dramas.

The trailer of Ramyug will release on April 29. The release date of the web series is yet to be announced.