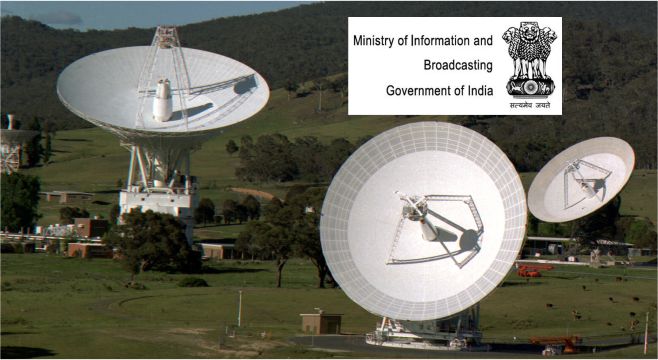 The twice cancelled meeting between the Ministry of Information and Broadcasting and TV industry finally happened last week, but with a select few from Indian Broadcasting Foundation (IBF), where officials were said to be sympathetic to the concerns raised.

Now, the IBF has been asked to collect data on a whole range of issues like the bandwidth range used by TV channels, whether spectrum use has been optimal or under-utilised, the effects of nearness of broadcast and telecom services on certain bandwidths and whether any disruption can lead to economic losses to any segment.

Incidentally, the Indian Space Research Organisation (ISRO), which has substantially contributed over the years in building up the inventory of C-band spectrum for usage by TV channels in India, is believed to be more or less on the same page as the broadcasters on this particular matter.

In what is being billed as an escalating conflict between the telecom and broadcast industries over re-allocation of certain C-band spectrum, used for broadcast purposes, for 5G services, the TV players have been trying to knock on various doors in the government registering protests as it could lead to disruption of broadcast services.

Though many other stakeholders like the Indian MSOs, cable ops, international  satellite companies and industry associations had expressed their interest to MIB to be made part of the virtual consultations on C-band issue that had been planned, ultimately few reps from the IBF met government officials at the ministry’s headquarters in New Delhi to discuss the issue. Doordarshan officials too were present at the meeting.

The government had twice cancelled a virtual meet earlier as requests increased from various quarters in India and abroad to be made part of the consultation on C-band spectrum and proposed 5G services.

Industry sources admitted that the MIB and DD officials were sympathetic to broadcasters’ concerns and have asked for additional data to build a strong case.

In a hard-hitting report on the C-band conflict between the broadcasting and telecom sectors of India over spectrum usage, digital news website The Morning Contextwrote: “Close to 900 television channels in India use the main part of C-band—between 3,700 and 4,200 MHz—to transmit their channels to cable and direct-to-home satellite TV operators, which retransmit those signals to you, the viewer, on different frequencies.

“Broadcasters also need about 100 MHz of unoccupied spectrum around their band to ensure no interference with the service. This is called the guard band—a fence that prevents any overlap. And that’s where the conflict between telcos and television lies.”

The report also pointed out that “official consultations have been slow—rather, non-existent—even as speculation is rife that the final frequency allocation plan will be out this month”.

Incidentally, IBF and Indian industry bodies are not the only ones trying to engage with policy-makers on the issue.

Last month the Global Satellite Coalition (GSC), voice of the global satellite industry representing the combined membership of seven satellite associations across the globe, in a letter to the Indian Cabinet Secretary and ISRO chairman, amongst others, expressed concerns over possible allocation to telcos C-band spectrum, specifically 3.6-4.2 GHz. However, there has been no response yet from most of these government agencies.

An earlier report on the C-band conflict can be read at: http://www.indianbroadcastingworld.com/crucial-meet-on-c-band-spectrum-cancelled-by-mib/