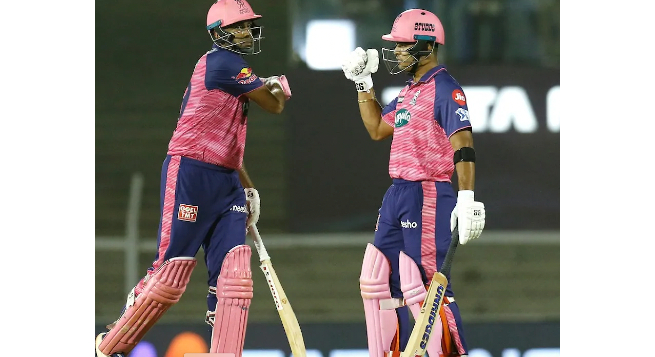 Even as the Indian cricket administrative body BCCI seeks to garner an amount north of  Rs. 500 billion from the auction of media rights this year, the valuations of the IPL teams could grow 14-15.5x in market cap and sales valuation, according to a new study on IPL cricket by Elara Capital.

“We ascribe 14-15.5x market cap/sales valuation to IPL teams, implying a base-case valuation of at least USD 1.2bn. This can be 15% higher or lower than the base case, based on factors such as: 1) players’ profile in the team 2) higher sponsorship revenue and 3) qualification in play-offs,” stated the Elara Caps report, titled ‘IPL: Force Multiplier on Front Foot’.

The target valuation of the teams is hinged on factors such as franchise team’s revenue growth (led by increased yield from media rights) and benchmarking growth/global team franchises’ valuations with the case in point being Manchester United.

IPL rights renewal should yield the biggest delta for Sun TV, owners of Sunrisers Hyderabad (SRH), as SRH’s “valuation may spike the most”, even as the contribution to future market cap may look skewed should the broadcasting business likely grow at a faster clip.

Media Rights Projections: The report said that the media rights CAGR was 10.4 percent during FY09-23(E), which should spike to 14.1 percent after the 2023-27 media rights auctions. These auctions may fetch Rs. 500 billion or Rs.100bn/year.

Elara Caps expects Digital/TV rights to see premiums of 100percent/40 percent over the current base. Based on these premiums, the share of digital might rise to 50 percent in IPL media rights.

“We anticipate 6%/35% revenue CAGR in FY23E-28E for TV/digital, respectively. This in turn should massively bolster India sports media rights market. And IPL’s share may grow to 74% from 54% currently,” the report analysed.

Media rights for IPL’s inaugural innings in 2008 was won by Sony Pictures Network India at a final bidding amount of Rs. 82 billion for a period of 10 years.

The 2018-22 media rights auction was hotly contested, with companies such as Sony, Facebook, Star India bidding aggressively for the rights.

Unlike previous cycles, the media rights have been divided into four buckets. Consortiums/consolidated bids are not allowed. Each bidding party will separately bid for each package/bucket.

The entire package has been divided into four categories as mentioned below:

Digital rights for Indian subcontinent for a cluster of 18 matches (season opener, four play-offs and 13 evening matches of the double-headers on weekends).

Television and Digital rights for the rest of the world (all games).

The base price of Rs. 328.9 billion, according to the Elara Caps report, is expected to touch anywhere between Rs. 500 billion to Rs. 600 billion in the auction.

“The way the pricing has progressed, there is no jumbo composite broadcast rights anymore. The digital, television and international packages are priced separately. The packages have been structured akin to the EPL, NBL etc.

“The non-exclusive bucket of the 18 matches has been priced reasonably and since it is non-exclusive, 3-4 winners could emerge in this bidding category. It provides an opportunity to the peripheral rights owner to participate. Since this bucket may attract many bidders, it will act as the joker in the pack,” the report has pointed out.

The whole point of segregating rights by the BCCI is to diversify risk. Thus, this democratization of the entire bidding process will enable a greater number of bidders to participate. “The dynamics of the bidding can swell to unanticipated levels. Thus, the companies may have to stretch and pay far higher than the base price,” the report observed.

Digital advertising expenditure may cross 2022 television advertisement expenditure. Thus, there is a serious focus on the digital economy. These circumstances would play a huge role in the bidding process, which is why the digital package is expected to garner a much higher price than the base price.

The objective for companies that may bid for the non- exclusive package of 18 matches may not be to increase the subscription base but to add a new dimension in their existing content.

Global Sports vs. IPL: In other observations the report said the following:

As far as media rights go football is at centre stage, globally. In 2021, USD 52.1billion worth of sports media rights globally were contracted; they rose 13.8 percent or USD 7.2 billion versus 2020 levels (lower base due to pandemic).

Approximately USD 47.9 billion was generated by the top 10 most-valuable sports combined from media rights in 2021, scripting a strong recovery from USD 41.5 billion/USD 46.9 billion in 2020/2019, respectively.

However, cricket’s share in global media rights was insignificant at 3 percent to USD 1.6 billion. “In our view, this share should spike in the future due to its growing popularity and increasing adoption by non- playing nations,” the report said.

The US is still by far the most-valuable sports media rights market, worth USD 23.5 billion in 2021. This is equivalent to 45.2 percent of the total global value – which is set to increase from 2023 given the NFL’s new deals.

EU’s big five markets’ media rights growth may be moderate with a slump predicted in the UK, Italy and France, in the medium term.

IPL to bridge ‘cost of rights per match’ gap with global peers.

The mean of ‘cost of rights per match’ is USD 24 million globally, with IPL at USD 8million/match at present, which should spike to USD 18 million/match in the next media rights cycle auction. Thus, the IPL is fast closing the gap with the global players and other popular sporting leagues.

Indian Sports Industry: Dwelling on the Indian sports industry in general, the report said the sector surged in 2021 after a challenging period led by pandemic. Cricket was the frontrunner and overshot 2019 performance, even as emerging sports continued to struggle due to cancellations of franchise leagues.

In 2021, the Indian sports industry recorded a value of  Rs. 95.3 billion, posting a 62 percent YoY growth. Numbers had dwindled due to the pandemic even when compared with 2019, with a growth of a mere 4.6 percent.

The momentum revived in 2021 when brands started to increase their advertising expenses. Cricket was the frontrunner and Indian athletes’ success in Olympics 2020 scripted an emerging sports revival.

The report also observed sports sponsorship spend is on an upswing since the launch of IPL as it opened a new commercialization innings. And cricket emerged as the prime mover with most elbow grease for the industry over the years.

In 2021 sports sponsorship spending (ground, team and franchise) rose by Rs.12.13 billion versus that last year, indicating that the lost momentum from 2020 has now been regained.

Football  (share 13 percent) has bolstered the sector recently, enabling brands to leverage this opportunity. The most popular team sport is seeing rising fandom levels in India, with many youngsters identifying with iconic clubs such as the Manchester Rivals, Liverpool, Barcelona, etc that have global appeal.