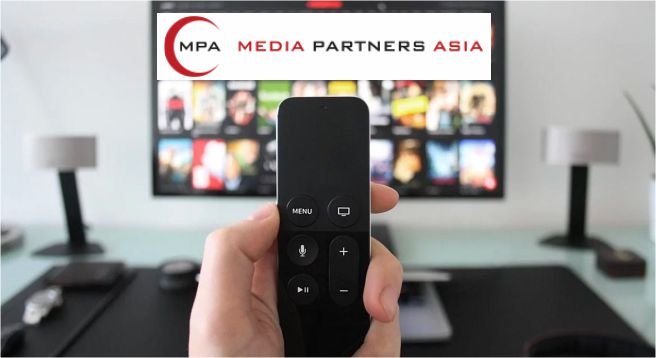 A new report published by Media Partners Asia (MPA) indicates that India’s pay TV industry will grow at7 per cent CAGR between 2020-25 as total industry revenues, including subscription and advertising, reach $12.3 billion by 2025.

The report, titled India Pay-TV Distribution 2021, predicts that more than 96 per cent of India’s pay TV homes will be digitalized by 2025 with total pay TV subscribers expanding from 127 million in 2020 to 134 million by 2025.

MPA, the Hong Kong and Singapore-based market research firm, estimates India’s active DTH homes will grow from 58 million in 2020 to more than 68 million in 2025.

“Going forward, DTH will be the key driver of growth fulfilling the needs of the majority of new TV households entering into the pay-TV ecosystem. Premium cable subscribers in urban centers remain vulnerable to churn as uptake of quality fiber-based broadband services including IPTV grows in affluent pockets of urban India.”

According to MPA, total pay TV industry revenue, including subscription and advertising, declined 10 per cent YoY in 2020 to $8.9 billion as the economic downturn post-COVID eroded advertising. The recommencing of fresh content and live sports together with improvements in consumer and economic sentiment will lead to a sharp recovery in 2021.

After a 25 per cent contraction in 2020, pay TV advertising will grow at 12 per cent CAGR over 2020-25.  During 2020, pay TV broadcasters generated $4.4 billion in total revenue (62% from advertising and 38% from subscription), down 17 per cent YoY. A sharp recovery is expected over the next two years with the channel business; advertising will primarily drive this expansion.

“Trai’s heavy spate of regulations in recent years have depressed investment in pay TV content and limited price elasticity for platforms. This could have a detrimental impact on the quality of content available for the mass market. We expect that more consolidation will play out in the broadcasting industry as recent tariff amendments force incumbent broadcast networks to recalibrate existing channel portfolios. The economics of less popular channels and several niche channels are no longer viable. A new and less draconian regulatory framework will help revitalize content creation in the pay TV industry while also helping to bolster pricing power for pay-TV platforms,” Shah added.

India Pay-TV Distribution is an annual report published by MPA, covering commercial distribution of pay TV and fixed broadband in India, including analysis of 10 pay TV and broadband operators with KPIs, according to an official statement from MPA.

The report provides historical data and five-year forecasts for subscribers, ARPU and revenue across all pay-TV platforms, including HD and DVR services, as well as for subscription and advertising revenue for pay channels. The report also contains a breakdown of channel packaging and pricing from pay-TV and broadband operators.

MPA is a leading independent provider of research, advisory and consulting services across media, telecoms, sports and entertainment industries in Asia Pacific and the Middle East. It also offers dedicated primary research through subsidiary AMPD Research to measure consumer behaviour across the digital economy, including online video and gaming.