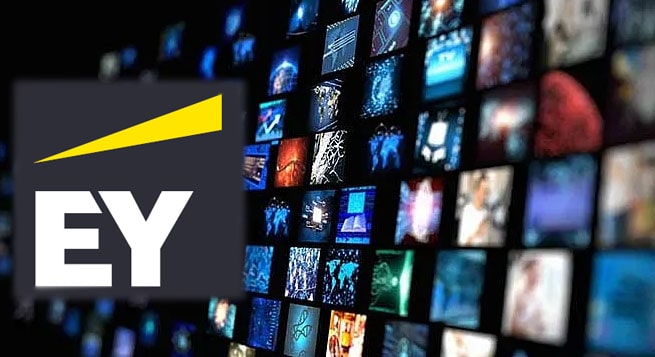 The Indian media and entertainment sector witnessed a shift in demand patterns as consumers actively sought alternatives and had the time to try new things in 2020, but overall has shown a trend of de-growth that amounted to 24 per cent, according to a new E&Y report released today.

Aided by the growth of digital infrastructure, consumption patterns shifted and increased across online news, gaming and entertainment. The supply side too transformed as companies took the opportunity to reinvent themselves.

Every segment redefined itself across verticals by becoming medium agnostic and embedded video, audio, textual and experiential products to enhance their offerings. However, the compelling content created around news and escapism, and the passion to build some of India’s most powerful brands remained resolute.

“Media and Entertainment industry in India in 2020 witnessed a shift in demand patterns as consumers actively sought alternatives and had the time to try new things. However, the compelling content created around news and escapism, and the passion to build some of India’s most powerful brands remained resolute,” said Ashish Pherwani, EY India Media & Entertainment Leader.

Some of the key trends in 2020, according to the Ficci-E&Y report  are the following:

#Subscriptionrevenues however proved their mettle by holding up better than advertising revenues.

#Online gaming:Continuing as the fastest growing segment of the M&E sector for the fourth year in a row, the segment grew 18% helped by work from home, school from home and increased trial of online multi-player games during the lockdown.

#Live events:Perhaps the hardest hit of all, the segment witnessed numerous attempts to digitalize its offerings, but could only recover a small fraction of revenues through that medium.

#Filmed entertainment:While theatrical revenues plummeted to less than a quarter of their 2019 levels, a portion of this loss was made up through higher digital rights revenues which almost doubled during 2020 to INR35 billion.

#Music:The digitization of music continued in 2020 with audio streaming revenues growing 15% but overall, music segment revenues were flat as performance rights fell by over 65%

#Television:The largest segment saw a 22% fall in advertising revenues on account of highly discounted ad rates during the lockdown months – though ad volumes reduced only 3%.

#OOH:The segment lost out due to reduced travel and less time spent out of the home on account of the lockdown.

#Print:Print’s revenue declines were led by a 41% fall in advertising and a 24% fall in circulation revenues.

#Radio:Radio revenues, which had fallen 7.5% in 2019, fell by over 50% again on account of both ad rate and volume drops as key advertiser segments (regional and retail) were unable to run their businesses at their usual scale.

Keep tuned in for more detailed coverage of the report.