Hulu renews S2 of Only Murders in the Building
SUBSCRIBE 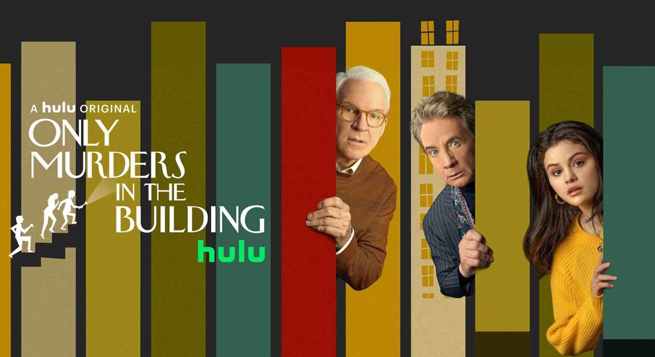 The show, created by Martin and John Hoffman, is currently half-way through its first season with the fifth episode dropping on Tuesday, PTI reported.

It follows three strangers, played by Martin, Short, and Gomez, who share an obsession with a true-crime podcast. After a murder in their building, the three neighbors decide to start their own show that covers their investigation of the crime.

“Everyone in our amazing ‘Building’ worked with such love and expertise through extraordinary times — and with incredible support from Disney, Hulu, and 20th TV — to create a first season that might live up to our legendary cast, our beloved New York City, and to make a show about connection,” Hoffman said.

“To feel we’ve connected with our audience and hit the mark enough already to have the chance to continue and to carry on our show’s wild ride of mystery-comedy-empathy is too exciting for words. So I’ll shut up now and just say a huge thanks to all and I can’t wait for more,” he added.

The project hails from 20th Century Fox Television and is executive produced by This Is Us creator Dan Fogelman.