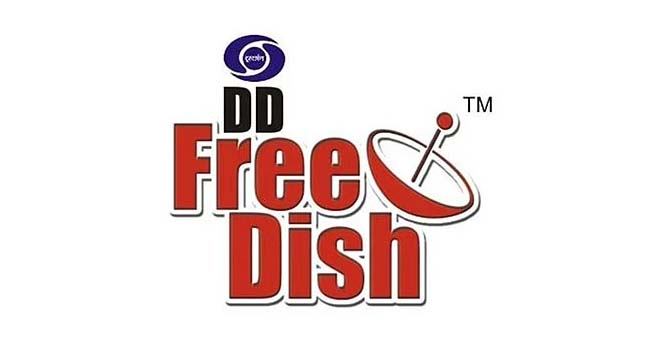 Over the past six to eight weeks a few communications have been exchanged between various government organisations, which indicate that the Indian policy-makers could be moving towards a regime that mandates all TV sets sold in India should come with factory-fitted digital tuners capable of receiving public broadcaster Doordarshan’s free DTH service, FreeDish, without the need for any set-top boxes.

Prasar Bharati has written to the Bureau of Indian Standards (BIS) recently to make it mandatory that all the TV sets have a digital tuner to receive the DD FreeDish signals.

Pointing out that the pubcaster is phasing out analog services — a fact brought to the notice of Electronics and IT Minister by Minister of I&B Anurag Thakur in July — Prasar Bharati’s message to BIS was: “It is requested that BIS standard for built-in satellite tuner may be formulated in consultation with industry for replacement of the analog TV tuner with DVB-S/S2 compliant satellite tuner in all TV sets/LED/LCD display sets either being manufactured in the country or imported from other countries, to enable, reception of TV channels free of cost to the masses.”

DD’s parent Prasar Bharati seems to have taken a cue from regulator TRAI’s recommendations of April 2020 on the STB interoperability where it was recommended that MIB should move ahead with the interoperability for the DTH and cable TV  boxes by implementing the USB CI+2.0 standards and implement a regime of having digital tuners in the STBs.

What the pubcaster is now doing is cherry picking the recommendations and trying to gain control of the TV sets — and subsequently the viewing habits, may be — by nudging the TV manufacturers, through BIS, to implement the requirement for digital tuners in television sets.

Considering what MIB Minister Thakur wrote to his counterpart in the Ministry of Electronics and IT, Ashwini Vaishnaw, on the need to have digital tuners in TV, it seems that the government is serious on the issue.

Pointing out that as closure of analog transmissions has made analog tuners redundant, Thakur urged Vaishnaw to explore mandating digital tuners in TV sets, capable of receiving DD FreeDish signals directly that would give every TV owner the access to FreeDish service at a minimum cost — a one-time small investment in just the dish antennae.

Thakur also gave the example of the UK  where TV sets have built-in satellite tuners capable of receiving either Freesat or even Freesat HD channels without needing a separate set-top box. In short: all FTA channels are available to TV owners if a dish is bought and attached to the TV set.

If this happens in India, DD FreeDish — which anyway is giving tough competition to private sector pay DTH and cable TV, and boasts of in excess of 40 million subscribing homes (if industry estimates are to be believed) — will get a clear advantage over other services.

The MSOs, LCOs and DTH operators have been already losing sleep worrying about decrease in their subscriber numbers as viewers are moving to DD FreeDish, especially in smaller towns and rural areas. Several representations have been made to sector regulator TRAI by MSOs and DTH ops that openly hint that FreeDish is weaning away customers, leading to financial losses in the private sector.

Promoting and developing FreeDish is a laudable initiative, but should it come at the cost of the private sector that has invested millions of dollars and thousands of man-hours into building a M&E ecosystem?

It is also interesting the way in which partial TRAI recommendations have been cherry picked by the public broadcaster. Moreover, it is also not clear at this juncture whether MIB has accepted (or not) the  regulator’s recommendations on STB interoperability. Any change in the recommendations ideally needs to be referred back to the TRAI.

Partial implementation of any regulatory recommendation has the potential of creating an imbalance in the trade as such a move could compel major broadcasters like ZEE, Sony, Disney Star, Viacom18 and Sun TV group to jostle for limited shelf space on FreeDish — a move these TV companies desisted from doing to have peace with other stakeholders, if the last carried-out FreeDish auction trends are any indication.

Moreover, implementation of the digital tuner mandate without giving an option of USB CI+2.0 slot in the TV sets will hurt the interest of the MSOs, HITS and DTH operators, and LCOs

MIB should immediately come out with its stand on the recommendations of the TRAI on interoperability of the set top boxes, give opportunity to the MSOs, DTH operators and cable operators to also use the real estate available in TV sets.

Currently, Europe is the fastest implementer of the USB CI+2.0 and it will be in the interest of India as this can cut down the imports of boxes, saving the nation nearly USD 400 million annually. It would also save considerable consumption of power as STBs need power to operate.

One hopes the government will take a holistic view on the whole issue before rushing in to mandate TV sets fitted with digital tuners, which has the potential of upsetting the current equilibrium in India’s burgeoning media and entertainment industry.