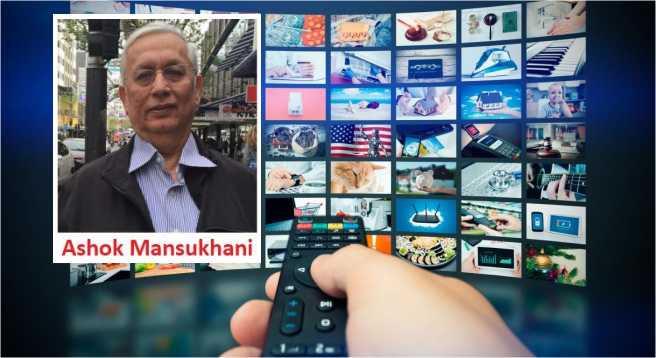 9. The next serious challenge was filed more than a decade later. By a further amendment of the Cable Act 1995, the mandatory Digital Addressable Systemregime came into force in 2012. At that time, the Tariff Regime was based on a series of orders passed under Section 11 (2) of the TRAI Act for analogue tariffs.

11. A series of prolonged hearings ensued in the case of Star India and Ors vs theDepartment of Industrial Promotion and Policy in Writ Petition WP Nos.44126 and 44127 of 2016 and other petitions. Apart from challenging specific clauses of the Interconnection Regulations and the Tariff Order, Star again challenged the power of TRAI, claiming that TRAI has the power to regulate only the ‘means of transmission,’e., ‘carriage’ aspect of Telecommunication and Broadcasting and has no power to regulate the content of the broadcast.

12. It challenged the 2017 Regulationson whether TRAI could regulate content and directly affect the pricing and marketing of a television channel, thereby resulting in “interference” with the content of the broadcast. The primary rationale of the challenge was that impugned clauses of the 2017 Regulations had the impact of regulating the pricing and terms and conditions of licensing of television channels and their underlying content, which according to Star, is protected under the Copyright Act and over which TRAI had no jurisdiction.

13. Due to a split judgment in the Madras High Court, the matter was put up to a Third-Member Bench. The judge in the Third Member Bench also agreed with the Chief Justice and rejected the Starappeal substantially stating in Para 27.1 of the judgment dated 05.2018 that:

In her short, clear decision, the Hon’ble Chief Justice has held that there is the sufficiency of the power under the TRAI Act as against the Indian Copyright Act, 1957. They travel in their respective paths, not intended to cross. The scope of the amendments made in 2012, along with Section 37, was correctly dealt with.

15. Finally, the New Tariff Ordercame into force in March 2019. Its salient features included:

1. The industry and viewers had barely settled to coming to terms with the features of New Tariff Order 1(NTO:1) when a new Consultation Paper was introduced to amend the Tariff Order in just five months. The new Paper stated that:

2. TRAIobserved that too many bouquets had been formed by the broadcasters/distributors, and many contained the same set of channels, with very few changes. These create confusion among consumers and become a hurdle in choosing the channels by consumers.

3. TRAI raised a series of queries. One key question was to elicit views on steps to ensure unwanted channelswere not pushed onto consumers. It also asked whether a cap on discount on the sum of a-la-carte channels forming part of bouquets while forming bouquets by Broadcasters be re-introduced.

5. The Press Note summarised the main changes as under:

6. As NTO 2came just a year after hard-fought litigation on the New Tariff Order, Broadcasters filed a fresh round of litigation in the Bombay High Court. DPOs filed against LCN placement in Kerala High Court and got partial relief. Due to lockdown delays, the Bombay High Court, in Writ Petition No 680 of 2020, ultimately decided the batch of appeals only on 06.2021. The Court substantially rejected the Broadcasting Appeals.

8. The Broadcasters filed an appeal in the Supreme Court against the Bombay High Court, claiming the High Court had “snatched away the fundamental rights of the Broadcasters by allowing TRAI to impose restrictions in the public interest.” They also challenged various provisions of the amended Tariff 0rder (NTO 2.0), including bringing MRP down to Rs 12, imposing twin conditions, and placing restrictions on bouquet discounting.

9. The Supreme Court admitted the Appeals filed by the  Broadcasters but did not grant any stay. Pleadings were completed by early 2022. Meanwhile, there was a change in the Ministry’s senior leadership and TRAI, leading to some behind-the-scenes dialogue between Broadcasters and the Government and Regulator. Some discussions with DPOs, too, happened.

10. Ultimately, in February 2022,the Broadcasters withdrew their appeals in the Supreme Court, keeping questions of law open in the expectation of a new Consultation Paper by TRAI assuaging their concerns.

(The author is a media veteran having spent decades with the government and private sector media organizations, specializing in legal and policy matters. He was recently super-annotated from the Hinduja group having been in the leadership team that built the group’s media business and is now a practising high court lawyer based in Mumbai. The views expressed in the write-up are those of the author and Indianbroadcastingworld.com need not necessarily subscribe to them.)