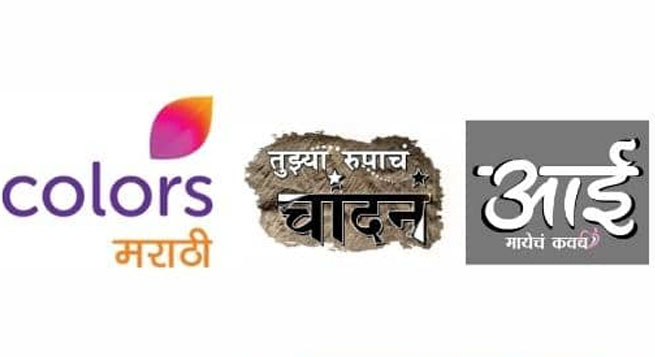 The channel is set to bring two fresh stories titled ‘Tujhya Rupacha Chandana’ and ‘Aai’ showcases the story of drama, action, and romance on the primetime programming on Marathi television.

The first fiction show titled ‘Aai’ is a story of a single mother on a quest to connect with her daughter and know her well.

The second fiction show ‘Tujhya Rupacha Chandana’ is a story about a girl Nakshatra whose childhood was spent in the belief that it is a curse to be born beautiful in a poor family.

Commenting on the launch of the show, Colors Marathi business head Aniket Joshi said, “At COLORS Marathi we have been showcasing a variety of content and our focus has been to introduce our viewers to impactful stories. We have even launched ‘Bigg Boss Marathi’ which had a phenomenal response across Maharashtra. In keeping with the channel’s ethos of realistic stories, we are excited to launch two new shows ‘Tujhya Rupacha Chandana’ and ‘Aai’.

Viraj Raje, Programming Head, Colors Marathi said, “After the tremendous success of Bigg Boss Marathi season 3, we thought of replacing this with stellar shows with a gripping storyline. Both the stories are heart-wrenching and with these, we are trying to convey an important social message. Our philosophy from the onset has been to bring only the best-in-class shows and with this COLORS Marathi promises viewers edge-of-the-seat entertainment and extension of the prime time for our fiction shows.”