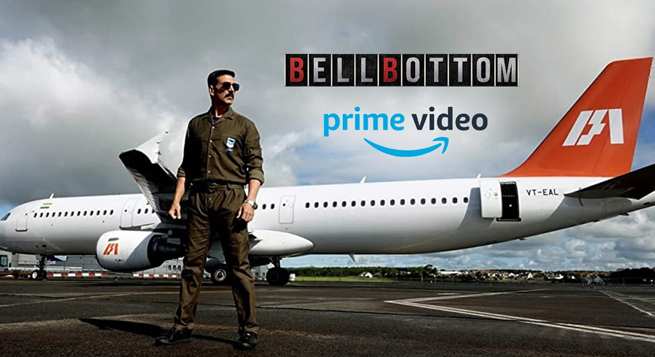 The film hit screens on August 19, after the second lockdown ended, ANI reported.

Taking to social media handle, Khiladi Kumar, on Sunday, announced that his film will now be out for the audience on Amazon Prime Video from September 16, “BellBottom on Prime Date aap yaad rakhna, mission hum yaad dila denge. #BellBottomOnPrime, releases September 16,” he wrote.

Helmed by Ranjit M. Tewari, BellBottom is based on the plane hijacks that took India by storm in the early 1980s. Lara Dutta portrays the role of former Prime Minister Indira Gandhi, who was in power at that time.

Sharing his excitement, Akshay said, “After getting the theatres going, it is time to take this story to more people, and what better way to do that than releasing BellBottom on Amazon Prime Video; with a reach of 240+ countries and territories, I am hoping this tale of an unsung hero reached audiences far and wide.”