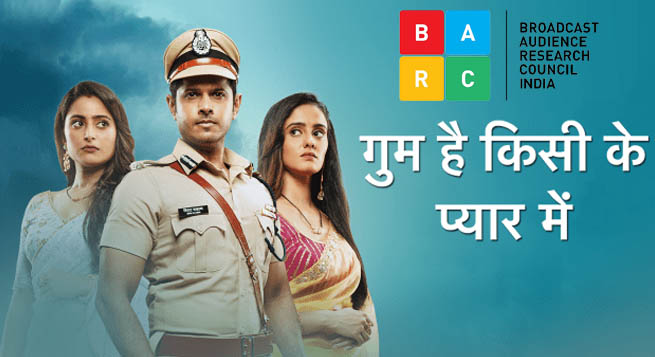 In the urban market, Star Plus’s popular drama ‘Ghum Hai Kisi Key Pyaar Me’ topped the list of top five programs in both overall and urban markets, the program earned 8412 impressions this week.

Whereas, Star Plus shows Anupamaa and Imli spot with the second and third position with 8166 and 7899 impressions respectively.

In the rural market, Star Utsav’s ‘Yeh Rishta Kya Kehlata Hai’ attained the first spot in the top five programs with 9071 impressions followed by Zee Anmol’s ‘Kundali Bhagya’ and ‘Tujhse Hai Raabta’ on the second and third spot with 6003 and 5666 impressions.