Amazon reveals title of 'Lord of the Rings'series
SUBSCRIBE 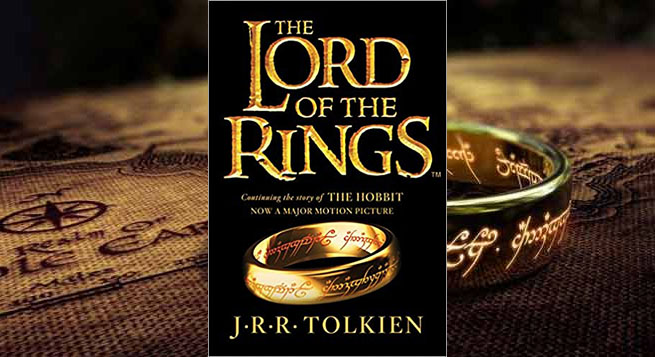 Based on JRR Tolkien’s fabled Second Age of Middle-earth’s history when the rings were forged by Sauron, the epic drama will premiere on September 2, with new episodes dropping weekly.

Amazon did the title reveal in a new video that was shared across the streamer’s social media platforms on Wednesday, PTI reported from Los Angeles.

“The‘Lord of the Rings’ series is led by showrunners and executive producers JD Payne and Patrick McKay, reported Variety. Payne and McKay said the title of the series is the one that they imagine could live on the spine of a book next to Tolkien’s other classics.

“‘The Rings of Power’ unites all the major stories of Middle-earth’s Second Age: the forging of the rings, the rise of the Dark Lord Sauron, the epic tale of Numenor, and the Last Alliance of Elves and Men. Until now, audiences have only seen on-screen the story of the One Ring – but before there was one, there were many… and we’re excited to share the epic story of them all,” the showrunners said.

The official synopsis for the series states that the new show follows an ensemble cast of characters, both familiar and new, as they confront the long-feared re-emergence of evil to Middle-earth.

“From the darkest depths of the Misty Mountains, to the majestic forests of the elf-capital of Lindon, to the breathtaking island kingdom of Numenor, to the furthest reaches of the map, these kingdoms and characters will carve out legacies that live on long after they are gone,” it further read.

Amazon has already ordered a second season. The series will be produced by Amazon Studios in cooperation with the Tolkien Estate and Trust, HarperCollins, and New Line Cinema, a division of Warner Bros Entertainment.