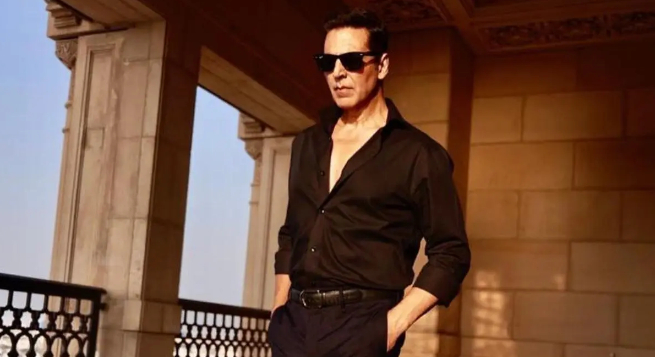 Akshay Kumar brought more Bollywood star power to the Red Sea International Film Festival and the in-demand actor and producer sat down with ‘Deadline’ where he revealed his long-awaited series with Amazon will commence shooting next year.

Kumar kept details of the project under wraps but told ‘Deadline’ that the script was finished and the title (formally announced as ‘The End’) would change, with plans to begin shooting some time next year.

The project marks Kumar’s first foray into the streaming series arena and, he said, “it’s more on the science fiction” side of things with “a lot of action in it, I can say that.”

Kumar also revealed that he’s working on a film about sex education, a topic he feels is important to talk about. “I like doing social films which can make a difference, especially in my country and in anybody’s life,” he said, IANS reported from SanFrancisco.

“I just pick up those topics and I make a film, but I make it in a very commercial way where obviously there are songs, there’s comedy, there’s drama, there’s tragedy. So, I take real stories and adapt it and cover it up with all the commercial things,” Akshay added.

He noted that while both Bollywood and Hollywood’s theatrical businesses are feeling the pinch of the post-Covid world, it was up to the industry to be smarter and work harder to get audiences back into theatres. “I think we have to try much harder than we used to do earlier, we have to try harder to get them out,” he said.

“It’s our fault,” he added. “We need to know what they want and stop blaming (the audience) for everything because a lot of people have blamed the (audiences) and are saying they don’t want to come out, but I think it’s our turn to please them and bring them out.”