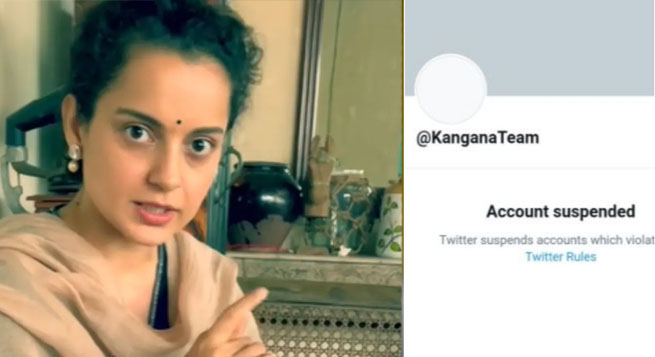 Bollywood actress Kangana Ranaut’s Twitter account has been suspended by the micro-blogging site. This decision comes after she recently posted messages against the regulation guidelines on Twitter, reported a India Today.
According to News18.com, in a series of messages, the actress had made comments on the alleged violence that took place in West Bengal after assembly election results were declared recently.
Kangana had demanded president rule in West Bengal after Mamta Banerjee-led TMC won the recent election in the state, defeating BJP.
Responding to Twitter suspending her account, Kangana posted a video on Instagram and termed the move “death of democracy” with hashtags ‘Bengal Burning’ and ‘Bengal Violence’.