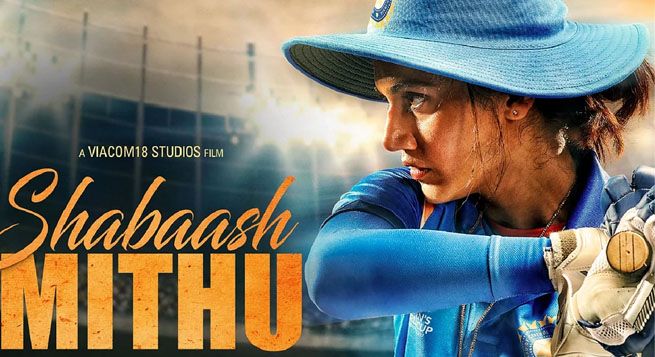 Taapsee Pannu-starrer ‘Shabaash Mithu’, the biopic of Indian cricketer Mithali Raj, is set to release worldwide theatrically on February 4 next year, the makers announced on Friday.

‘Shabaash Mithu’ is a coming-of-age tale of women’s cricket in India as witnessed by the most successful woman cricketer. It will chronicle the highs and lows, setbacks and moments of euphoria of Raj’s life, the official synopsis of the film reads.

Pannu, 34, essays the role of Raj, PTI reported from Mumbai.

Viacom18 Studios announced the release date of the movie on the occasion of the Indian women’s cricket team captain and the legend’s 39th birthday.

The film, written by Priya Aven, went on floors in Mumbai in April and the team wrapped the shooting last month. Some portions of the film have been shot at the iconic Lord’s cricket ground in London.

Seasoned actor Vijay Raaz will be seen in a key role in the film.