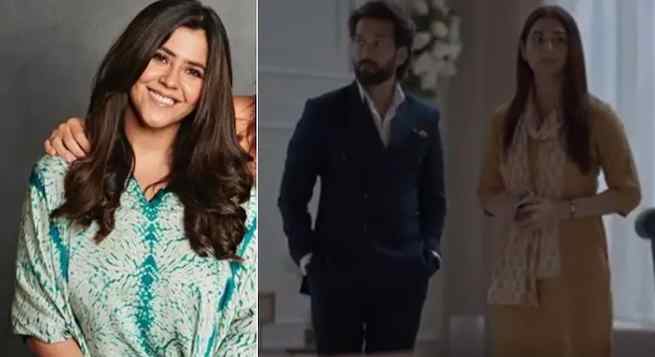 Sony TV’s hit show ‘Bade Achhe Lagte Hain’ is set to entertain fans once again with its second season. Producer Ekta Kapoor had recently announced season two of her popular show, which originally featured actors Ram Kapoor and Sakshi Tanwar, when the show aired in 2011 and followed the lives of a middle-aged couple, played by Sakshi and Ram, who fall in love after getting married.

Now, the season 2 promo featuring Nakuul Mehta and Disha Parmar has been unveiled, which also follows a similar storyline.

Ekta dropped the show promo on her social media account, where Disha plays Priya, a woman in her early 30s, and Nakuul plays Ram, who is also in his late 30s, both are searching for love.

In the promo, Ram and Priya are seen discussing why they are unmarried. Nakuul looks effortless as Ram and Disha complement him well with a sharp sense of humor. Seems like the promo is setting the stage for their chemistry to develop only further.

The show’s first season was a huge hit and had a successful run of more than 600 episodes till July 2014.