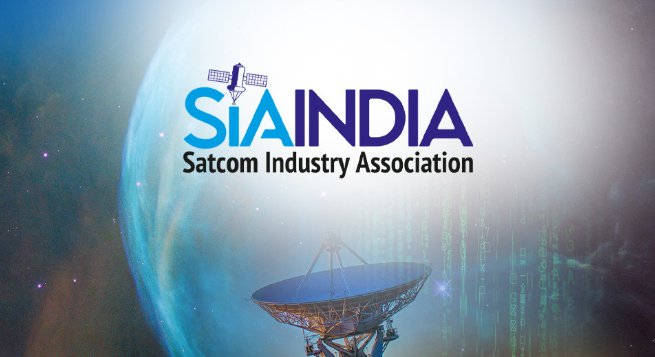 The Satcom Industry Association (SIA) India, while highlighting the various cumbersome processes related to satellite spectrum usage in the country, has suggested various government agencies should be on the same page while issuing permissions for satellites and transponders through better interdepartmental coordination.

The specific frequency on which the channel is to be uplinked is, in any event, filed and approved by the WPC (a DoT unit responsible for spectrum-related permissions). This could facilitate MIB’s process for approving new channels or change of a satellite (in case of permitted channels) by referring to the list of approved satellites, Indian and foreign, instead of seeking DoS approval for every fresh case.

Articulating its stakeholders’ viewpoints, SIA-India, in its submission to Telecom Regulatory Authority of India (TRAI)’s discussion paper on Ease of Doing Business, has also brought up the regulator’s favourite pitch for an Open Sky policy for enhanced and efficient satellite capacity utilisation.

Given ISRO’s current and planned satellites, foreign satellites in Indian skies are “now a fact of life”, the Association said, adding it is thus vital for India to make “better and more cost-effective use of the permanence of foreign satellites”.

Pointing out that  ideally there should be an Open Sky policy for all the satellite capacity requirements for India, SIA-India said, “On various occasions, the scarcity of satellite capacity has been highlighted, and many of the Indian satellite services licensees use foreign satellites in addition to INSAT/GSAT satellites. Foreign satellite operators, hampered by the lack of long-term visibility, do not proactively plan and deploy satellites to meet the full needs of Indian markets.”

It further highlighted that “mandatory up-linking from India to Indian satellites may cause scarcity of transponders” restricting growth of the satellite communications sector.

Suggesting flexibility to be extended to service providers, SIA-India said the satellite bandwidth (BW) should be “preapproved, when leased out to the users”.

“When DoS allocates any satellite BW to the users, the said BW should be preapproved by the various agencies such as MIB, NOCC, WPC, etc. so that the user can use the BW immediately after the allocation. This will ensure faster/efficient utilization (of bandwidth) and avoid undue payments that start becoming due soon after allocation by ISRO (Indian Space Research Organisation),” the Association stressed.

Satellite operations require significant upfront investment during the build-and-launch phase. Of the total lifetime cost of a satellite during the 15 years of its useful life, approximately 90 percent (satellite manufacture, satellite launch and launch insurance) is incurred before it becomes operational. While in India, telecom spectrum contracts are awarded for 20 years and FM radio spectrum is allocated for a period of 15 years, “ISRO awards satellite transponders capacity agreements for just one to three years”.

“Only the satellites not coordinated should be referred to DOS/ISRO for their comments and/or approval.  The Services operators (VSAT, Broadcast Channels etc.) should be free to sign up with the satellite provider once the application has been approved, so that there are no undue payments needing to be maintained to foreign satellite companies for periods up to a year, without being able to commence services,” it highlighted.

Apart from these suggestions, SIA-India has highlighted a slew of other issues that should be ironed out through proper interdepartmental coordination to make India, in the true sense, a destination for foreign investment and doing businesses.