Set aside NTO 2.0 as it hurts LCOs, consumers: SCOWA to TRAI
SUBSCRIBE 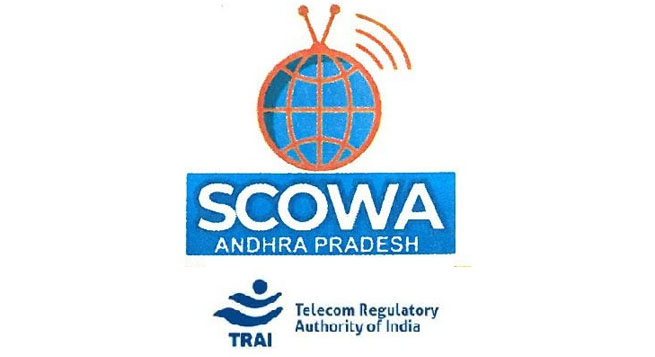 South Indian State Andhra Pradesh-based Seemaandhra Cable TV Operators Welfare Association (SCOWA) has urged TRAI to set aside implementation of NTO 2.0 as it doesn’t take into account the ‘negative impact’ it would have on local cable operators and consumers, while alleging the regulator had sided with the broadcasters and MSOs.

“At no point in time has the authority (TRAI) taken into consideration the negative impact on the business and growth of the local cable operators,” SCOWA said in a letter to TRAI, alleging that while MSOs and broadcasters were “rich” enough to protect their interests, it’s the LCOs who have to work on the field and convince the consumers to take the cable TV service at new prices.

“It is not possible for us to do (convince subscribers) if NTO 2.0 is implemented,” SCOWA was categorical, adding that the new tariff regime “does not protect or promote the interests of the consumers” too.

Exhorting TRAI to “look into the conduct of the broadcasters”, which is an important reason behind LCOs unable to roll out NTO 2.0, the Andhra cable operators body said, “Under NTO 1.0 and NTO 2.0, the broadcasters have the liberty of pricing channels as per will; however the LCOs do not have such liberty. The NCF (network capacity fee) is capped and for (the) second TV, it (the service) has to be offered at 40 percent.”

However, SCOWA is not entirely correct on this point as broadcasters too have been hemmed in by TRAI price regulation and cannot price a TV channel over Rs. 12 if that channel is to be included in a bouquet. A channel can cost over Rs. 12 if it’s sold as a standalone product. Many broadcasters have punted on their flagship and popular TV channels by putting a premium on them and taking them out of a bouquet.

“The broadcasters have been abusing their liberty by adopting an irrational pricing model and the same has led to (a) substantial decline of the subscriber base of the LCOs since the implementation of NTO 1.0,” SCOWA alleged, adding regulations need to benefit all the stakeholders, including broadcasters, distribution platform operators like MSOs, DTH, HITS, IPTV and LCOs, apart from the consumers.

Highlighting that the broadcasters have increased the maximum retail price of their driver channels by “200-400 percent in a period of around two years time” between 2019-21, SCOWA said there was “no reason” to do so.

“This increase in price directly impacts the increase in cost for consumers. Consumers have to shell out additional costs for the premiere channels. If this continues, soon the LCOs will have to close their operations and we will be jobless,” it added.

Like other cable operators organisations in North India, SCOWA too has blamed the OTT platforms and Doordarshan Free Dish for declining business opportunities.

“The Authority is aware that the OTT players and Free Dish have now become alternative(s) to the cable television platforms due to pay and linear channels permitted to be carried on such platforms. Presently, the same content, which is provided on linear cable television platforms by the broadcasters, is released on their OTT applications before their linear distribution. In such a situation why will anyone take (a) subscription for cable?” SCOWA has highlighted, requesting remedies from the regulator.

The Andhra cable ops’ body has also asked TRAI to look into the subscription of  OTT platforms.

While a petition, filed by broadcasters and others, relating to NTO 2.0 is pending in the Supreme Court awaiting final directions, TRAI recently offered to form a committee, comprising distribution platforms, including LCOs, on NTO 2.0 implementation.