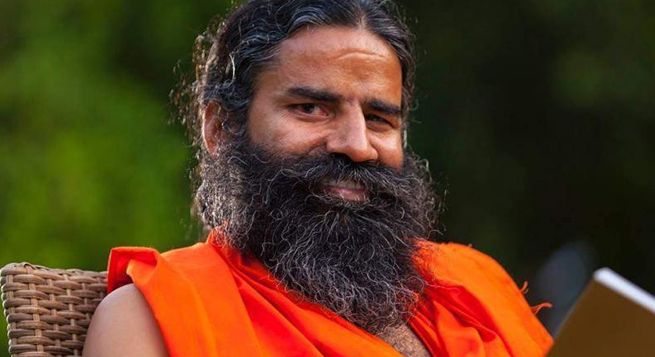 The Nepal Government will take action against yoga guru Ramdev’s two television channels if it is found that they are being operated in the country without seeking permission and or following due procedures, a senior official has.

The channels are meant for broadcasting religious and yoga-related programmes.

However, Director General of Nepal’s Department of Information and Broadcasting Gogan Bahadur Hamal said that the two television channels have never applied for registration and did not follow any legal procedure to start them.

“We will take action if we found that Patanjali Nepal and Ashtha Nepal channels belonging to India’s yoga guru Ramdev and Acharya Balakrishna have built infrastructures to broadcast the television programmes without fulfilling any legal formalities and even having registered,” Hamal told PTI.

“We can’t believe the statement issued by the Patanjali Nepal. We have formed an investigation committee to find out the truth. If they have made any preparation regarding operating the television channels from Nepal without our permission and without following due procedures, we will take necessary action,” Hamal said.

It said the television channels, aimed at broadcasting programmes relating to yoga, Ayurvedic education, culture, literature and spiritual philosophy, will start operating only after the due processes are completed.

Commenting on the development, Patanjali spokesperson S K Tijarawala said that the Aastha TV has a license for downlinking in Nepal, which is valid up to 2024.

“Prime Minister Debuba inaugurated the trial run of two channels — Aastha Nepal TV and Patanjali Nepal TV — with country-specific content in the Nepali language on November 19, 2021. It has got 30 days time to get commercial approval for this trial run for full telecast,” he said.

He said that full broadcast will start as per the due procedure after December 19.

“Information & Broadcasting Ministry of the Government of Nepal has already acknowledged the fact that this inauguration of the two channels – Aastha Nepal TV and Patanjali Nepal TV – is as per due diligence following the rules and regulations,” he added.

Meanwhile, the Federation of Nepalese Journalists, an umbrella organisation of local journalists, issued a statement, saying the country’s law prevents foreign investment in the media and the launching of television channels by the Patanjali group was a violation of the law.

“We want to remind the group concerned about the existing laws and rules that prevent operating TV channels under foreign investment,” it said.