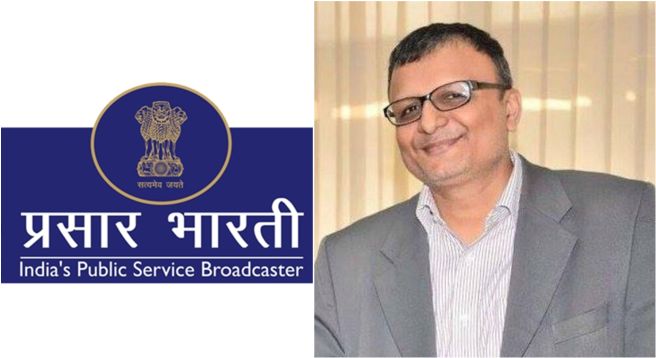 The official Prasar Bharati app ‘NewsOnAir’ saw 2.5 million users joining the platform in 2020. At present, the platform has over 300 million views with live radio streaming being the most popular feature, with more than 200 streams, according to a top government official.

While making the observations on the `NewsOnAir’ app and its growth, Prasar Bharati’s Chief Executive Officer Shashi Shekhar Vempati said, “As the public broadcaster of India, Prasar Bharati has done some innovative experiments with its platforms, wherein we have been able to use our infrastructure to provide on demand services to our commercial partners.”

Addressing a video conference on ‘Media Lessons For Future Challenges’, recently organised by the Asia-Pacific Broadcasting Union (ABU), Vempati added that Prasar Bharati did not stop broadcasting even during the peak of the pandemic, according to Prasar Bharati News Service (PBNS).

Vempati as the CEO of Prasar Bharati is also one of the vice-presidents of ABU, which is primarily an association of FTA broadcasters, was established in 1964 as a non-profit, non-governmental, non- political, professional association with mandate to assist the development of broadcasting in the region. ABU promotes the collective interests of television and radio broadcasters as well as key industry players and facilitate regional and international media co-operation. ABU is a member of the World Broadcasters’ Union too.

According to Vempati, while COVID19 pandemic had “engulfed and halted the world”, India’s public broadcaster Prasar Bharati, with a humongous work force, more than 1000 offices, broadcasting centres across the country, not only managed to prevent the spread among its employees but remained operational with 24×7 news services and educational and entertainment programming.

With the commendable work done in the last two years, the public broadcaster has proved its mettle in the news world, Vempati stressed, adding it has resulted in the pubcaster’s digital channels registering 100 percent growth, over a billion digital views and over 6 billion digital watch minutes in 2020.

Meanwhile, according to a report in The Hindustan Times, India’s pubcaster, which owns Doordarshan and All India Radio, is evaluating a major overhaul in its functioning and employee-size.

The report stated that based on a benchmarking exercise that compared it with the British Broadcasting Corporation (BBC), Prasar Bharati has concluded it needs to sharply reorient itself, reducing technical staff, and adding content muscle.

The plan, which has been in the works for three years, the HT report said, is presently under consideration.

An audit, outsourced to Ernst and Young, suggested alterations. The findings, amongst other things, showed nearly half the organisation’s 25,000 employees were employed in the engineering division, whereas the corresponding strength for BBC is at a little over 10 per cent. The content team at Prasar Bharati comprises less than 20 per cent of the workforce, while BBC’s content team accounts for 70 per cent, the HT report said.