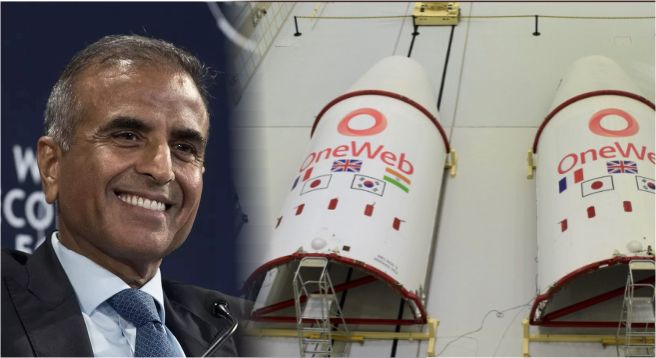 Bharti (Airtel) Group-backed OneWeb, the satellite communication company, will use Indian space agency ISRO’s capabilities to launch satellites, thus becoming the first private sector player to do so, while the space industry exhorted the Indian Government to simplify clearances processes and nudged it to go in for light-touch regulation.

Speaking at the launch of space and satellite companies body Indian Space Association on Monday, Mittal said that the company plans to begin roll out of providing connectivity in the country through OneWeb satellite from mid-2022.

“OneWeb will be the first customer, which starts to bring a commercial position into the Indian space market,” Mittal was quoted by PTI as having said.

He said that OneWeb will use ISRO’s Geosynchronous Satellite Launch Vehicle Mark III rockets for launch of satellites from Indian soil. OneWeb has 322 satellites in space at the present.

Mittal said that many large countries have rapidly made strides in the space sector and matching them is not possible without the government’s support.

“With this new initiative that we have taken, I am sure more and more international customers will come to the doorstep of ISRO in Asia. We have a great future ahead. The Prime Minister is showing us the way. It’s time for the industry to respond,” Mittal said.

Meanwhile, a press release of OneWeb from London stated that the non-binding Letter of Intent that the company has signed with India Space Research Organisation (ISRO) commercial arm NSIL

will expeditiously be convert into a binding agreement after obtaining all necessary approvals from the respective boards.

Dr. K. Sivan, Chairman of ISRO, in a statement said: “We are delighted to have OneWeb looking into how our launch capabilities can help meet their global ambition to connect people everywhere. We are making tremendous progress and India is advancing its space capabilities and we look forward to working together.”

OneWeb is building its initial constellation of 648 LEO satellites and has already put 322 satellites into orbit. Services will begin this year to the Arctic region, including Alaska, Canada, and the U.K.

By late 2022, OneWeb will offer its high-speed, low latency connectivity services in India and the rest of the world. Service testing on the satellites already in orbit is underway. The results are positive, including seamless satellite and beam handovers, high speeds and low latency, the press release said.

“Many approval processes are very slow. It takes a year and half to get approvals. Next 3-4 years are very critical. I request you to keep a personal oversight on this. If you will keep a watch on it and take status on the progress report then it will move at a very rapid pace,” Mittal said during the online industry interaction with the Prime Minister.

INSPACe chairman-designate Pawan Goenka said India still has a very small share of the global space economy at just about two per cent and time has come for us to transition to India Space 2.0.

“We need to substantially increase our space capacity. We are doing 4-5 launches a year. I believe we have to triple this number in the mid-term. We need to quickly have small launch vehicles operational from both ISRO and the private sector,” Goenka said.

Space technology start-up Pixxel founder and CEO Awais Ahmed said the company has made its first satellite and in a few months it will be launched through ISRO.

“This satellite was planned for launch from Russia but after the government’s announcement, shifted to India. It is a proud moment for us that India’s first private imaging satellite will be launched by an Indian rocket. In the next two years, we will launch 30 more satellites which will provide data to the world and I expect them to be launched through ISRO,” Ahmed said.

He said that if the regulatory approval process are made quicker from months to weeks, then the company can proceed at a faster pace.

Tata Nelco managing director and CEO PJ Nath asked the Prime Minister to expedite launch of space communication policy, which will not only help in expanding the horizon of the space sector but will also help in future planning.

He said that some of the licences are very old, including VSAT.

“There are new technologies happening globally as well as in the country. Some of this flexibility needs to be brought in now. We will request you to look at some of those aspects and make the policy cover in today’s context,” Nath said.

Walchandnagar Industries MD and CEO Chirag C Doshi said that his company has been participating in space projects since 1973 and would request the government to create a system so that small and medium enterprises in the space sector get access to cost effective capital and potential subsidies for manufacturing similar to those given for production linked incentive schemes.

Start-up Astrome Technologies CEO Neha Satak requested for an environment to encourage developments of more intellectual property rights in the field of space technology in India and support for start-ups in testing space products. “It will be great if free testing can be arranged,” Satak said.

According to EY, the Indian satellite manufacturing and launch systems market reached USD 0.3 billion in 2020 and is expected to increase at a compounded annual growth rate (CAGR) of 32 per cent between 2020-25 to reach USD 1.1 billion in 2025.