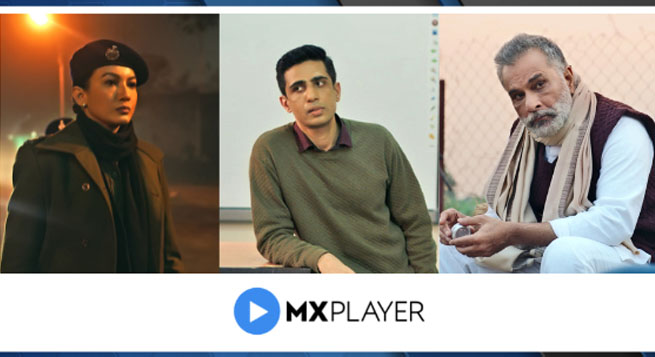 Streaming platform MX Player will soon launch its next original series ‘Shiksha Mandal’, a hard-hitting narrative inspired by true events that revolve around the biggest scam in the educational system in India.

Gauahar Khan will be seen as a no-nonsense Cop, Gulshan Devaiah will enact the role of a simple, hardworking young man running a coaching center with aspirations for his family and Pavan Malhotra will portray the role of a villain who is behind many illegal activities.

Commenting on the series, Gautam Talwar, Chief Content Officer, MX Player said “We are delighted to share the first look of our upcoming social thriller, Shiksha Mandal. At MX, we strive to tell the most authentic stories of India and bring relatable, raw, and real content to our audiences. And Shiksha Mandal is another series that ticks against all these boxes.”