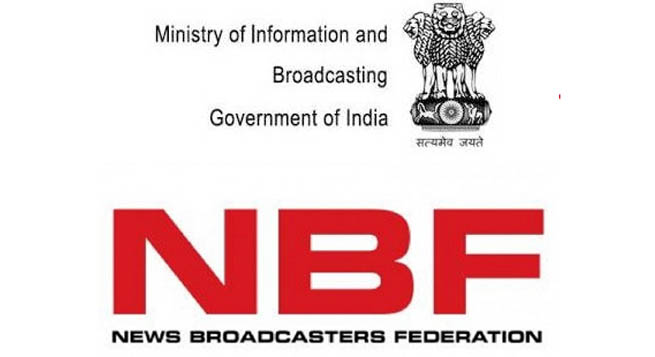 India’s Ministry of Information and Broadcasting (MIB) has rejected a request from traditional and legacy media companies with digital businesses to be exempt from the country’s newly-implemented digital regulations and has also refused an extension to the compliance period of 15 days given earlier.

“Making an exception of the nature proposed will be discriminatory to the (pure play) digital news publishers who do not have a traditional TV/print platform…accordingly the request (for exemption)…cannot be acceded to,” MIB said in a note addressed to stakeholders.

Last month, the News Broadcasters’ Association (NBA), one of the industry trade bodies representing broadcast news channels in India, had petitioned the Indian government to exempt its member-channels’ digital extensions from the purview of the new infotech rules.

While appreciating the “need for regulations”, NBA had stressed “traditional news media need not be subjected to and/or covered under the scope of the IT Rules 2021, since it is already sufficiently regulated by various Statutes, laws, guidelines, codes, regulations (like the Cable TV Networks Regulation Act and Uplink/Downlink guidelines, for example)…”

NBA was not the only organization that had sought exemptions; the Digital News Publishers Association, comprising legacy print medium companies with digital extensions, too had requested similar relief from the government.

MIB has patiently taken up all the points raised by the likes of NBA and DNPA and clarified each point.

In the end, the government said: “In the overall context, the Digital Media Rules, 2021 may be complied with by the digital news publishers and OTT platforms without any misapprehensions. The publishers may furnish the requisite information in the prescribed format immediately, take urgent steps for appointing a Grievance Officer (if not already done) and place all relevant details on public domain, and constitute self-regulatory bodies through mutual consultations so that grievances are addressed at the level of publishers (or their self regulating bodies) themselves,”

On a point raised by some news broadcasters’ associations that news channels were in the process of being offloaded by OTT platforms on lack of clarity on content grievance, the government has said that OTT platforms (like Disney+Hotstar, ZEE5 and SonyLIV or telco mobile apps of VodafoneIdea and Airtel) would not be held responsible for news content of news channels that are part of their package.

“If any OTT platform receives a grievance related to such news and current affairs content, it may transfer the same to the concerned publisher of that content,” MIB has clarified.

On the point of the government having emergency and over-reaching oversight powers for digital content, the government has highlighted: “Even at present, in respect of traditional TV channels, there is an oversight mechanism in the Government by way of an Inter-Ministerial Committee, which looks at certain grievances relating to the violation of the Programme Code…since 2005.”

NBF Member-News Channels ‘Fully Compliant’:Meanwhile, the News Broadcasters Federation (NBF), one of the industry organisations of news broadcasters, yesterday said that it took “pride” in announcing that all “its current and prospective members” have fully complied with the requirements of Information Technology (Intermediary Guidelines and Digital Media Ethics Code) Rules, 2021 (IT Rules, 2021).

The Ministry of Electronics & Information and Technology (Meity) and Ministry of Information and Broadcasting (MIB) had sought information on May 26, 2021 regarding digital platforms of traditional news media companies and directed them to comply with the digital norms within 15days.

NBF claimed in a statement that its member-news broadcasters, with national and regional presence, had provided information sought under IT Rules 2021 much before the deadline, making “NBF the first industry organisation with strong and robust self-regulatory mechanism to comply with the code”.

The federation further stated that it understood the “responsibility of accountable journalism” by its member-companies and their digital outlets, which are present in almost every single language and state across the length and breadth of India.

“NBF self-regulatory authority is established as a unique content regulatory mechanism irrespective of the platform delivering the information to the larger citizens of the country,” the statement added.