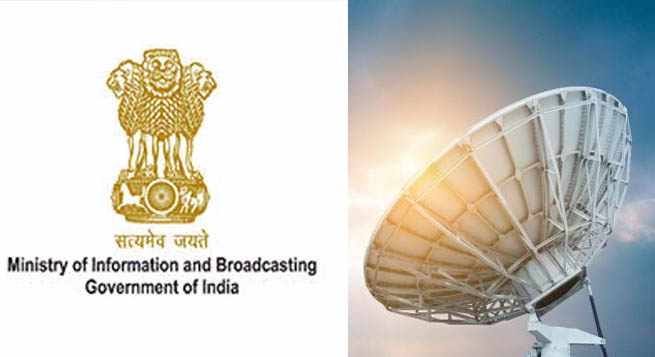 The Indian broadcasters are an upset lot these days. Not only the COVID pandemic drastically diminished revenues since March last year, but a proposed government move to reallocate certain category of C-band spectrum to telcos for 5G services is now giving them more sleepless nights.

Quoting from a letter written by Indian Broadcasting Foundation to various government organisations, The Indian Express reported that the broadcasters expressed concern that NFAP (National Frequency Allocation Plan) 2018 is now proposed to be revised post-haste to include new bands for 5G use by the Wireless Planning and Coordination Wing of India’s Department of Telecoms (DoT) where bands from 3,400 MHz to 3,800 MHz or even beyond till 4,000 MHz may be earmarked for 5G services.

The broadcasters highlighted, according to The Indian Express, that if any spectrum beyond 3,600 MHz is allocated for 5G services, “it will lead to serious disruption of satellite services for media and broadcast in the 3,700 MHz to 4,200 MHz band” as “simultaneous use of the band by satellite and terrestrial 5G services is not possible”.

Indianbroadcastingworld.com now learns from industry sources that the Ministry of Information and Broadcasting, which was one of the recipients of the IBF letter, has scheduled a meeting with broadcasters — and possibly also the cable operators — on April 6. An earlier scheduled meeting was cancelled at the last moment.

The C-band issue is not something very new and has been simmering for several years. But with the government’s stress on 5G telecom services, including the recent auctioning of spectrum to telcos recently, the broadcast and satellite industry feel there are clear and present dangers to cable and satellite (C&S) services — and hence the advanced level of advocacy on the issue.

Pointing out that both the 5G and C&S services can possible co-exist harmoniously, communications industry veteran and former head of cellular operators’ industry body TV Ramachandran in a guest column in The Financial Express wrote: “While the C&S and 5G camps have a completely opposite position in this matter, there is a moderate camp that suggests the government could work on 80 MHz per 5G operator like advised by many authorities, and by doing so there would be a need to only take up 20 MHz out of 100 MHz guard band and this might represent an acceptable quality situation with respect to interference between the two technologies.

“However, the satellite sector vehemently opposes even this as causing harmful interference as shown by some studies.”

Incidentally, IBF and India industry bodies are not the only ones trying to engage with policy-makers on the issue.

Last month the Global Satellite Coalition (GSC), voice of the global satellite industry representing the combined membership of seven satellite associations across the globe, in a letter to the Indian Cabinet Secretary and ISRO chairman, amongst others, expressed concerns over possible allocation to telcos C-band spectrum, specifically 3.6-4.2 GHz.

The GSC in the letter — supported by India’s TV18 Group and Star India, and co-signed by satellite companies Hughes India, Intelsat India and SES —highlighted that satellite based TV distribution has been the core of the media and entertainment industry in India over the last 20 years, which had had a net effect of INR 790 billion ($11Bn) in FY 2020, as estimated by FICCI-EY M&E report (not the new version that was released few days back), through all the pay-TV subscriptions and ad revenues spends in the industry.

Pointing out that the satellite broadcasting sector has contributed significantly to India’s economic growth over the years, including pulling in over the last 10 years FDI worth $5.4 billion, GSC urged the government to be careful as the step may undermine Indian economy.

One of the main reason for raising concerns over allocating certain C-band spectrum to telcos, according to GSC, is “because C-band receivers need to be very sensitive in order to receive signals from space, they are susceptible to interference from the out-of-band emissions of 5G emitters and to receiver blocking or overload of the low noise amplifier”.