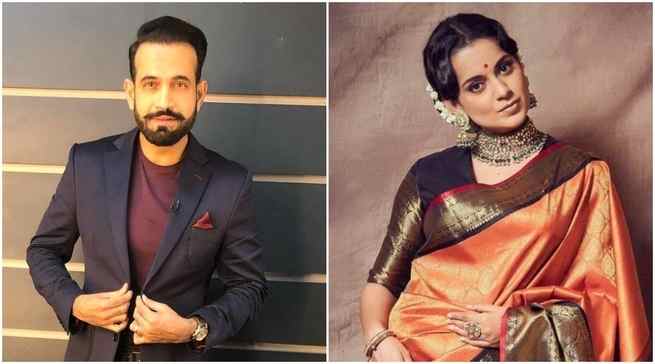 Cricketer Irfan Pathan took on social media accounts that spread hate, mentioning Kangana Ranaut, while saying that he tweets for ‘humanity and countrymen’.

He also mentioned how the actor’s account was recently suspended permanently for hate speech.

Irfan tweeted, “All My tweets are either 4 humanity or countrymen, from a point of view of a guy who has represented India at the highest level.

All My tweets are either 4 humanity or countrymen, from a point of view of a guy who has represented India at d highest level. On d contrary counters I get from ppl like Kangna who’s account get dismissed by spreading hate n some other paid accounts are only about hate. #planned

On the contrary counters, I get from people like Kangna who’s accounts get dismissed by spreading hate and some other paid accounts are only about hate. #planned.”

Even the actress Kangana Ranaut hit the headlines when her verified Twitter account was permanently suspended for violating the rules of the micro-blogging site.

The move some soon after Kangana put up a video about the situation in West Bengal.

The actress remains active on Instagram where her post was taken down by the site for calling coronavirus ‘a small-time flu’.

She was criticized in the comments section for spreading misinformation. India is battling a devastating second wave of the coronavirus with over 4,000 deaths a day.