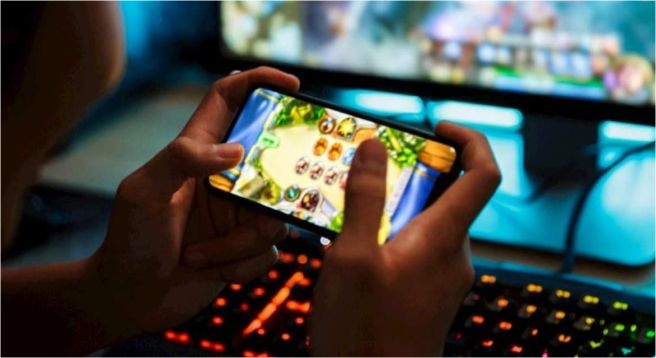 The Indian gaming market is poised to reach $3.9 billion in value by 2025 and 40 percent of the hardcore gamers pay for their games with an average spend of INR 230 (approximately $3.2)  per month, according to a new report.

The Covid-19 pandemic has accelerated the organic growth of digital games as mobile app downloads grew by 50 percent and user engagement went up by 20 percent, the study said. The increased gaming time has spurred the growth of hardcore gamers in India, even as casual games remain the most popular genre in India.

The report, prepared by Internet and Mobile Association of India (IAMAI) in collaboration with OnePlus and RedSeer, was launched Tuesday at a roundtable discussion on e-gaming by Jayesh Ranjan,  Principal Secretary, Industries & Commerce  and Information Technology Department of the Telangana Government and Saurabh Gaur, Joint Secretary, Ministry of Electronics and Information Technology.

“We are at the cusp of a gaming revolution and the gaming ecosystem is working towards user-friendly smartphones and leveraging 5G technologies,” said  Jayesh Ranjan while speaking at the roundtable.

While launching the report titled ‘Building up the e-gaming ecosystem of India and the influence of smartphones’, Ranjan also talked about the growth potential of the gaming sector and the significance of user-friendly devices for the same.

“The gaming sector has underlined the significance of affordable smartphones with capable hardware. I am happy that parallel work is going on to make phones more user-friendly for gaming by leveraging 5G technology, developments in AI/ML, and hardware manufacturing,” he added.

According to Gaur, “The [global] gaming industry can be matched with electronics, and consoles could be manufactured in India.”  He also voiced support for creating games for the Indian audience, based on Indian culture.

Indian gaming has leap-frogged into the mobile gaming era due to the rapid increase in smartphone penetration in the country, with large console and PC games now being curated for mobile platforms. The sector is also attracting huge investment interest, with nearly $1 billion being invested in the sector in the last six months.

A press release from IAMAI stated that India is currently home to over 430 million mobile gamers and the number of gamers is estimated to grow to 650 million by 2025.

Currently, mobile gaming dominates the Indian gaming sector, contributing more than 90 percent to the $1.6 billion gaming market and is expected to further grow to $3.9 billion value by 2025, the report highlighted.

Speaking at the launch session,  Navnit Nakra of OnePlus India said, “Over the past few years, the e-gaming industry in India has grown tremendously, driven by the rising avenues for digitization promoted by the flagship initiative of the government, the Digital India program and improved accessibility centered around innovation and affordability by OEMs.”

Rajen Vagadia of Qualcomm opined that in the last 12 years, the company had to update its GPUs (graphics processing unit) over 700 times, which is indicative of the demand coming in from the consumers. He also underlined that certain efforts were being undertaken to nurture esports and ensure it is seen as a “field that can be taken up professionally as well”.