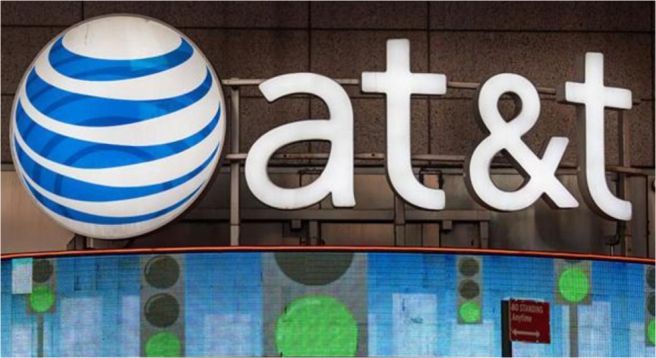 The services now have a total of 44.2 million U.S. subscribers, AT&T said on Thursday, according to a Reuters report.

The company also said on Thursday it added 595,000 net wireless phone subscribers in the first quarter, more than double what analysts had expected.

Its movie release of “Godzilla vs. Kong” has generated over $80 million at the U.S. box office and over $300 million globally as the No. 1 film over the past three weekends.

AT&T has been investing heavily in its new 5G wireless network and bundling its streaming service HBO Max for free with certain phone plans to retain customers and keep them from switching to competitors.

Wireless phone churn, or the rate of customer defections, declined 0.1 per cent in the first quarter to 0.76.

The improvements were, in part, due to the bundling of HBO Max to higher-priced phone plans.

Revenue for AT&T was up nearly 3 per cent at $43.9 billion, beating analysts’ average estimate of $42.69 billion, according to IBES data from Refinitiv.

WarnerMedia, which includes HBO, began to recover from the ravages of the pandemic during which sports events and movie productions were paused. Revenue for WarnerMedia rose 9.8 per cent to $8.5 billion.

When Indianbroadcastingworld.com studied the AT&T Q1 financials, it emerged that while detailing the financials for WarnerMedia, which houses the TV and digital streaming businesses too, the company had said subscription revenues stood at $3.8 billion, up 12.6 per cent reflecting growth of direct-to-consumer domestic HBO Max and HBO subscribers, and, to a lesser extent, the May 2020 acquisition of the remaining interest in HBO Latin America Group.

Advertising revenues were at $1.8 billion, up 18.5 per cent when compared to the prior year resulting from the return of the NCAA Division I Men’s Basketball Championship Tournament in 2021.

Content revenues were $3.4 billion, up 3.5 per cent due to higher sales to HBO Max for theatrical product and higher basic networks licensing, partly offset by lower television product licensing from prior-year licensing to HBO Max.

Warner Media’s operating expenses totaled $6.6 billion, up 13.9 per cent when compared to the first quarter of 2020, driven by higher programming and marketing costs for HBO Max and higher programming, including NCAA sports costs, partially offset by lower bad debt expense.

“We continued to excel in growing customer relationships in our market focus areas of mobility, fiber and HBO Max,” said John Stankey, AT&T CEO, adding, “We had another strong quarter of postpaid phone net adds, higher gross adds, lower churn and good growth in Mobility EBITDA. We also continue to increase penetration in markets where we offer fiber broadband and we’re moving quickly to deploy more fiber. HBO Max continued to deliver strong subscriber and revenue growth in advance of our international and AVOD launches planned for June.”

Meanwhile, Reuters said that AT&T added 235,000 new fiber internet customers, as Americans continued to work from home during the pandemic, driving up demand for home Wi-Fi.

The company’s net debt rose to $169 billion at the end of the first quarter, due to its purchase of more wireless spectrum, or airwaves that carry data.

Separately, rival Verizon Communications Inc (VZ.N) has said it lost more wireless subscribers than expected during the first quarter as it battled intense competition from T-Mobile US Inc (TMUS.O) and AT&T to attract customers.