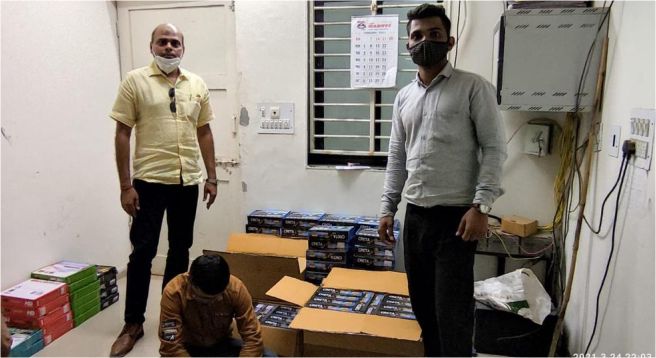 According to information made available to Indianbroadcastingworld.com, on receiving a tip off from Sony appointed raiding agency, Gujarat police’s cyber-crime cell, yesterday, raided A to Z store, located opposite Sarkari Hospital in district Devbhumi Dwarka.

The raid resulted in seizure of almost 200 Creta 7770 set-top boxes that were used to lure customers to view pirated TV signals involving several popular pay channels. These illegal boxes, sold at around Rs 1,500, work with the help of internet connection and receive popular and leading pay channels like Sony Entertainment, SAB TV, Zee TV, Colors and Star Plus without any proper licenses or any distribution agreements.

In recent times, because of regulator TRAI’s new economic regulations, which specify the methodology for pricing of TV channels on a la carte basis and has blanked out bundling of TV channels, the monthly average cost of cable TV subscription has gone up from earlier times. The regulations though have brought about a semblance of order in the broadcast carriage sector, has also given rise to cable signal piracy owing to India being a price sensitive market where an average consumer is unwilling to pay much for quality content on TV.

The Dwarka raid is not an isolated case. Few days back, another raiding agency appointed by Sony tipped off Kotwali Police Station in Ludhiana that resulted in busting of illegal STB sale, running Sony and other pay channels using unauthorised Pagaria boxes.

Such raids by police are organized from time to time in various parts of India after getting feedback from anti-piracy units of broadcasting companies.

However, because of grey areas in the existing laws of the country, sale of such illegal black boxes are difficult to prosecute. For example, according to information available, the Gujarat police till the time of writing this report was debating under which sections of the Indian criminal laws such a sale of illegal STBs could be categorized to prosecute the offender.

According to FICCI-EY 2021 report on India’s media and entertainment industry, piracy of television feeds has always been an issue in India and “increase in end-customer price could have given it a further boost impacting up to10 million pay subscriptions”.

The report highlighted that India’s piracy rate is second only to China (74 per cent).

During the recent 16th Chetna Yatra (the journey of awakening), which is organized annually by Indianbroadcastingworld’s parent company the Aavishkar Group, similar complaints of sale of illegal STBs were recorded by cable operators in various States like Haryana, Punjab and Rajasthan.  The cable operators highlighted that such illegal sales of boxes result in loss of revenue for them.

For the record, the 16th Chetna Yatra was virtual because of pandemic restrictions. Otherwise this annual journey is undertaken by road to connect with the small and big LCOs of India.