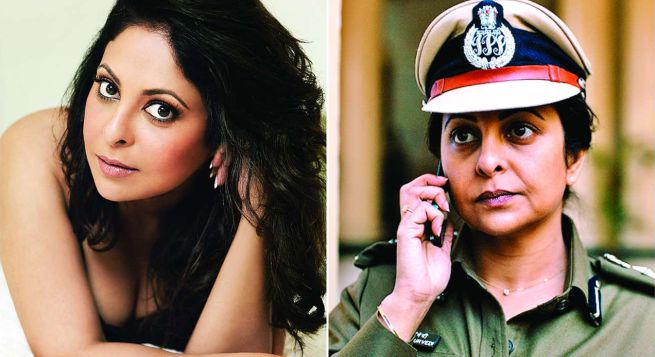 Her recent script choices have helped directors see her in a different light, says actor Shefali Shah who believes the industry has now started trusting her with headlining projects, which wasn’t the case earlier.

After a lull around the mid 2010s, Shah, a powerhouse performer whose career in television and cinema spans almost two decades, saw a revival with filmmaker Neeraj Ghaywan’s short film “Juice” in 2017, PTI reported from Mumbai.

She followed it up with consecutive acclaimed performances, starting with the 2018 film “Once Again”, International Emmy Award winning Netflix series “Delhi Crime”(2019) and Kayoze Irani’s segment in the anthology film “Ajeeb Daastaans” for the same streamer earlier this year.

In an interview with PTI, Shah said she could sense a change in the way the industry, which had once slotted her in mother roles, is viewing her today.

“The industry has started looking at me in a new light. The OTT has taken it up to another level. ‘Juice’, ‘Once Again’and ‘Delhi Crime’are my turning points. With ‘Delhi Crime’, the industry suddenly realised that they can put me in the central character,” the 48-year-old actor said.

Citing the example of “Ajeeb Daastaans”, in which she played a woman who finds love outside her marriage, the National Award winner said she was surprised the way actor-director Irani placed her — putting her in the spotlight as the lead of a romantic drama.

“Even Kayoze took that chance on me. When we were talking about styling, make-up for the film, I told him, ‘Please, seriously’. He told me, ‘But you’re a quintessential Dharma heroine and you’ve to look like that’ and I just went, ‘Are you kidding me? I am the wrong person’,” she recalled.

“If in my 40s, people can see me doing leads, carrying projects on my shoulders, being one of the primary characters, it’s great,” she added.

Shah made her acting debut in the 1990s with the Doordarshan serial “Aarohan”and went on to star in shows like “Hasratein”and “Banegi Apni Baat”in the decade.

Though she was always acknowledged as a fine actor right from her breakthrough role in Ram Gopal Varma’s 1998 film “Satya”and later in Mira Nair’s movie “Monsoon Wedding”, the actor went through a frustrating period when exciting work didn’t come her way.

With the 2005 drama “Waqt”, Shah was typecast as a mother (she played on-screen mother to Akshay Kumar who is five years elder to her) and her appearances in films like “Gandhi, My Father”and “Kucch Luv Jaisaa”also didn’t do much for her career.

Her only big success in the last decade was Zoya Akhtar’s “Dil Dhadakne Do”, in which she played a woman in an unhappy marriage.

“For some time, that (low) phase did frustrate me. It got worse because people appreciated what I did, but it never got translated into work. It used to bother me a lot.

“I reached a stage where I understood that the kind of work I want to do will come rarely. If it means I have to sit at home for two years, that’s fine. But I won’t take up work because I want to do a job,” she explained.

In retrospect, Shah said she is happy she turned down “a lot of films” and chose only those scripts that connected with her.

“People kept telling me I could work every single day, if I wanted, but I wanted to do stuff that I love. So I waited for it. I feel like finally I’m doing all the work I wanted to do.”

Shah said this is the first time she would finish a project and quickly start the next.

“It’s overwhelming because I’ve never gone from set to set. In every project, I take a lot of time working on the script.

“Because of the lockdown, I had the time to go back to my scripts. But before that I was terrified. It’s not my work pattern. I’m going to be an anxious wreck for a long time,” she added.

Shah is also set to star in the second season of Netflix’s award-winning series “Delhi Crime”.