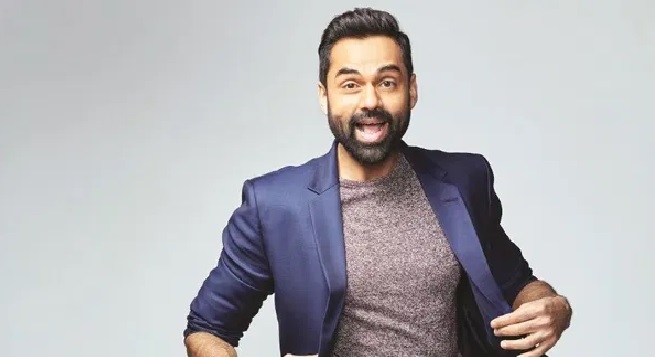 Actor Abhay Deol on Saturday shared information on his first Disney film “Spin”, and posted a trailer of the India-centric family comedy.

“I am aware that most of my audience love me for making edgy, alternative narratives, that challenge the status quo. Which is why this film is all the more special as it is a departure from my own status quo, and catering to a much younger audience. ‘Spin’is a Disney film, which will go live on their platform for the U.S audiences on the 13th of August. It is a gem of a movie that will leave you smiling and feeling good. Blessed to be a part of it!” Abhay wrote on Instagram along with the trailer, IANS reported.

Apart from “Spin”, Abhay’s upcoming projects are Ajay Devgn’s production “Velley”, besides “Jungle Cry”, “Junction”and a web series based on the book “Trial By Fire: The Tragic Tale Of The Uphaar Fire Tragedy”, by authors Neelam and Shekhar Krishnamoorthy.