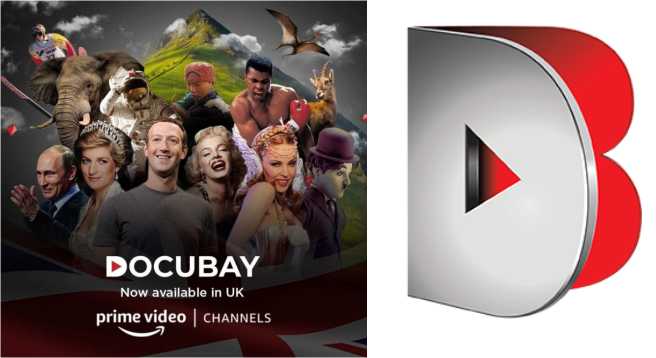 Mansi Darbar, Network VP, Strategy & Development, IN10 Media Network, in a LinedIn post on Saturday said: DocuBay, a Global SVOD OTT Platform by IN10 Media Network for Documentaries now available on Amazon Prime Video in UK. This is just the beginning…”

The company did not reveal details of the subscription packages on Prime Video platform.

DocuBay offers members documentary films on a variety of platforms and mobile devices and films from a wide range of genres including travel, culture, nature, adventure, sports and biography.

Headquartered in Mumbai, DocuBay is a global membership video-on-demand platform designed specifically for streaming documentaries. Developed to cater to factual entertainment viewers, the platform offers mainstream, engaging, relevant and insightful content across genres from leading creators across the globe. Laying emphasis on curation and discovery, DocuBay offers a new documentary every day.

In August 2019 DocuBay launched globally and is available in 180+ countries on a range of platforms and devices, including iOS/App Store, Android/Google Play, Apple TV, and Fire TV, as well as directly through the DocuBay website.

DocuBay offers two membership packages. Premium Membership is a quarterly package priced at INR 499, allowing viewers to stream any of the films available in DocuBay’s library with a limit of three downloads to watch later.

OneTribe Membership is the annual package priced at INR 1,499 (almost as much as a Disney+Hotstar Premium subscription in India), which also includes access to 4K titles, the ability to screen on two devices/platforms at a time, and unlimited downloads.

Films are organized in affinity-based “bays” such as NatureBay, ScienceBay, CultureBay, etc., with notable features including DocuBytes, which will preview short clips of selected features; DailyBay, showcasing the release of the day; DocBuster, highlighting a select title every month; and TrendingBay, featuring relevant films from trending topics.