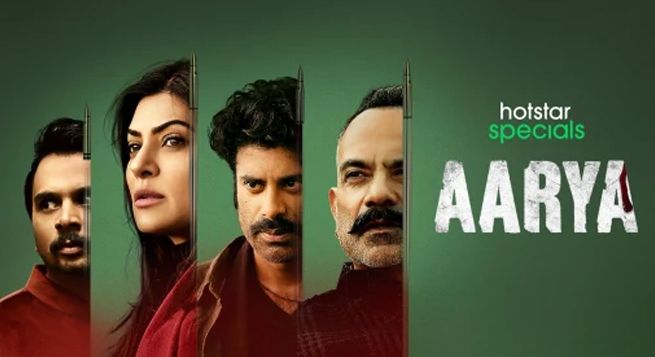 Streaming platform Disney+Hotstar is all set to come up with the second season of ‘Aarya’, starring Sushmita Sen in the lead role, which will start streaming from December 10.

Created by Ram Madhvani, the International Emmy-nominated show is an official adoption of the hit Dutch series ‘Penoza’.

The first season of the series revolved around a happily married woman named Aarya, played by Sushmita, whose world turns upside down when her husband, pharma baron Tej Sareen (Chandrachur Singh) is shot and a threatens looms her family due to Tej’s possible involvement in an illegal drug racket, PTI reported from Mumbai.

However, the upcoming season will follow the journey of Aarya, a mother combatting the dark world of crime and enemies closing in on her family and children.

On Thursday, makers unveiled the trailer of ‘Aarya’ S2 with its release date.

The series is co-produced by Endemol Shine India and Ram Madhvani Films.