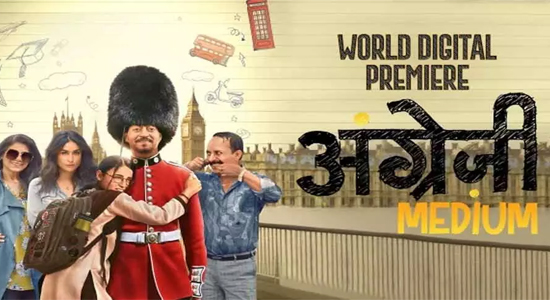 Irrfan Khan announced the release of film on twitter,
“Hop on  to the dreamy roller-coaster ride with this father-daughter duo as we bring to you the World Digital Premiere of #AngreziMedium only on @DisneyplusHSVIP!”

The movie is directed by Homi Adajania and is produced by Maddock Films & Jio Studios.  The movie got released on March 13 registering an opening of Rs4.03 crores and thus wrapped up at just Rs9.36 crores as cinema halls pulled their shutters down due to coronavirus outbreak.