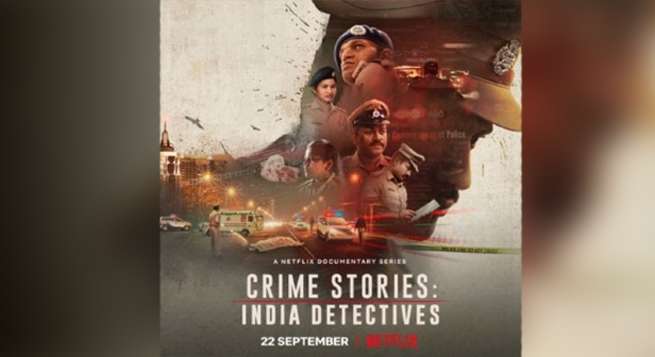 Streaming giant Netflix on Tuesday announced that a four-part documentary series Crime Stories: India Detectives is set to be released on the platform on September 22.

Set in Bengaluru, the series aims to explore some of the “most shocking and puzzling crimes that the city has witnessed”, PTI reported.

Jack Warrender is attached as series director and Claire Cahill is credited as series producer.

Crime Stories: India Detectives will feature a crew that follows the Bengaluru Police and documents a never-seen-before look into the methods and working of the force.

Produced by Minnow Films, the character-based docu-series offers a peek into the psyche of a suspect and a rare glimpse into the complex and challenging inner workings of four major crime investigations, the streamer said in a statement.

Crime Stories: India Detectives is directed by N Amit and Jack Rampling and produced by Tarun Saldanha. Morgan Matthews and Fiona Stourton are attached as executive producers on the series.

Minnow Films has previously backed projects like  The Fallen,  a film about the loss of British Armed Forces in Afghanistan and Iraq,  The Last Survivors,  and the Netflix series Bad Boy Billionaires.