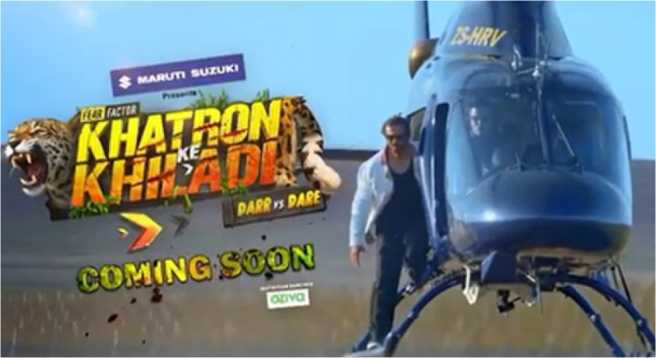 The upcoming season has been shot in Cape Town, South Africa, with the theme around ‘Darr Aur Dare Ka Battleground’, which will feature some daredevil stunts.

The promo begins with Rohit teasing the upcoming season of ‘Khatron Ke Khiladi’ by saying, “This is not a normal battleground. There will be no excuse, no mercy, and no surrender. There will be fear at every step and our daring warriors will give it a good competition.”

The interesting part of the promo is the Sooryavanshimusic playing in the background, while Shetty performs the stunts. It is Shetty’s seventh outing as the host.

Recently, he penned an emotional note on social media admiring the spirit of the stunt reality show.

“7 years ago I started my journey on Khatron Ke Khiladi in Cape Town on the same location, with the same stunt pilot, Warren, who according to me, is one of the best stunt pilots in the world! 7 Years & 7 Seasons later, the world has changed a lot… But what hasn’t changed is the spirit of this show! Get ready to witness never seen before action on Indian Television Coming soon… Khatron Ke Khiladi, Season 11”.

However, there is no confirmation about the launch date for the show.