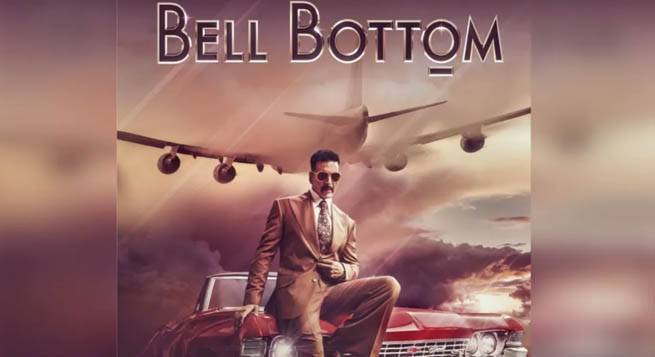 As lockdown restrictions were taking ease in several parts of India where the Covid19 cases were coming down after a month, the team of ‘BellBottom’ has decided to release the movies in theatres. Helmed by Ranjit M Tewari, and also stars Vaani Kapoor, Lara Dutta, and Huma Qureshi.

Akshay announced on Tuesday, by posting a short clip of his character on his social media handles, The RAW agent was walking past on a board having the release date written on it. His caption read, “I know you have patiently waited for the release of #Bellbottom. Couldn’t be happier to finally announce the release of our film. Arriving on the big screens worldwide #BellBottomOn27July.”

The film, which was supposed to release on May 28th but was postponed due to the Covid19 pandemic.

On the film’s front, the actor has an exciting line-up of movies like Atrangi Re, Raksha Bandhan, Bachchan Pandey, Sooryavanshi, Ram Setu, Prithviraj, and Mission Lion in his line.