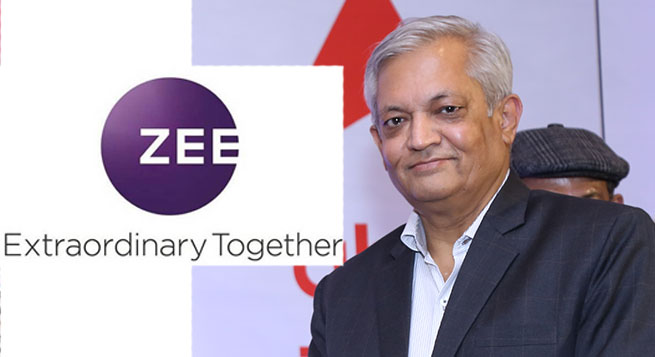 Media industry veteran Anil Malhotra, who recently quit as CEO of MSO Siti Network, has taken on a new avatar — that of head of Public Policy and Regulatory Affairs at Zee Entertainment.

“Regulatory affairs for broadcast sector is a new domain for me. I have been earlier  involved with regulatory issues of the cable TV distribution segment, so I look forward to learn from my seniors and colleagues about the new domain of broadcasting ,” Malhotra said modestly while speaking to Indianbroadcastingworld.com, adding, however, these were exciting times for the Indian broadcasting with both digital services and regulations posing challenges.

In his new role, Malhotra would engage with policy-makers in organisations like the Ministry of Information and Broadcasting, Department of Telecoms, Department of Space and regulator TRAI.

Malhotra admitted that the rise in online consumption of video is certainly moving the whole media space towards convergence, along with the fast adoption of other technological advances by Indian companies.

As President of Public Policy and Regulatory Affairs, Malhotra will report to Zee Entertainment CEO Punit Goenka, according to industry sources, till the merger with Sony Pictures Networks India is completed, which could take anything between six to 12 months. After the merger is completed, the situation could be reviewed.

Malhotra, however, is not entirely a newcomer to regulatory advocacy as he has been part of various government sub-committees on cable TV, including the one on digital addressable system implementation.

Before his appointment at Zee, Malhotra has been in leadership positions in Siti Networks, the Hinduja Group-controlled INCable and Broadband Pacenet.

Malhotra would have to hit the road running at Zee as the broadcaster prepares to make several submissions to regulator TRAI’s consultation papers relating to the broadcasting sector.