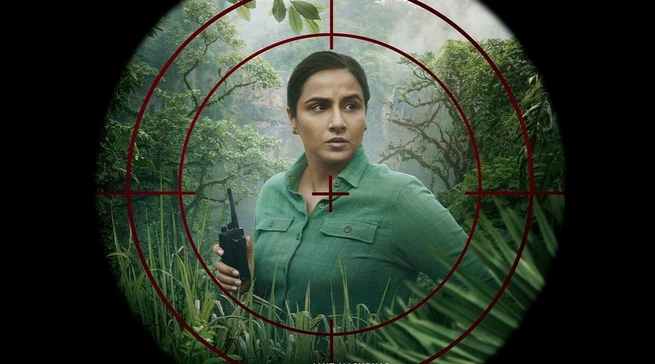 Starring Vidya Balan as an honest forest officer, Directed by Amit Masurkar and produced by T-Series and Abundantia Entertainment.

She is ready to leave a mark!

In the poster, Vidya Balan is seen in a forest officer’s uniform with a walkie-talkie in hand and has a tense expression on her face which shows a very intense and dramatic theme of the movie and also shows a strives for balance in a world of man-animal conflict. The film has been shot in the jungles of Madhya Pradesh.

The film is inspired by real-life incidents of tension between humans and wildlife. The film was started shooting in March 2020 but was put on a halt due to the COVID-19 lockdown which was imposed last year. The shooting of the same resumed later in October 2020.