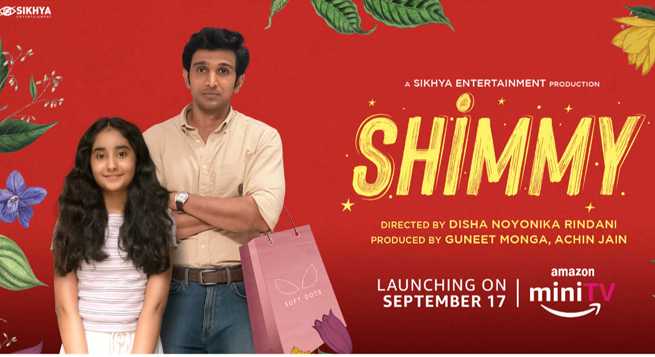 Written and directed by Disha Noyonika Rindani and produced by Guneet Monga and Achin Jain under the banner of Sikhya Entertainment who churned out remarkable titles like Pagglait, The Lunchbox, and Masaan among others, ANI reported.

The story revolves around a father-daughter duo tale, it is about a particularly hard day in the life of a young girl (played by Chahat Tewani) and her father (played by Pratik Gandhi) who can’t quite understand what’s troubling her.

For unversed, ‘Scam 1992: The Harshad Mehta Story’ actor is also set to make his Bollywood debut with ‘Bhavai’, which will release theatrically on October 1. It is a film about two people who work in a Ram Leela and how it affects their personal life. It also stars Aindrita Ray, Rajendra Gupta, Rajesh Sharma, and Abhimanyu Singh in pivotal roles.

Talking about the association, Guneet Monga, CEO of Sikhya Entertainment said, “Short format content is one of the most exciting ways to collaborate with fresh talent. At Sikhya, we thoroughly enjoy discovering and empowering upcoming young filmmakers and technicians. It was inspiring to see these stories come to life, both on and off-screen. I am glad we share the vision of presenting captivating homegrown narratives to an ever-evolving audience with miniTV.

Speaking of the latest additions to the mini TV library, Vijay Subramaniam, Head of Content at Amazon said, At Amazon, the first rule of our playbook is to truly partner with the ecosystem and build everlasting associations that can enhance the overall viewing experience of our customers. Our collaborations with India’s well-known content creators is an earnest effort to deliver on our commitment of providing new, exciting, and entertaining content on Amazon miniTV.”