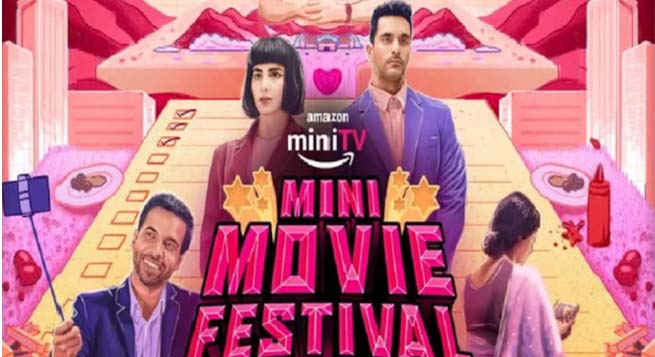 A unique celebration of cinema, the festival will feature the simultaneous premiere of five relatable and gripping short films together on September 22, offering a wholesome entertainment experience to all.

Setting a new benchmark in the video streaming space, this ambitious project of Amazon miniTV aims to bring together not only a diverse set of stories but also an ensemble of talented actors across a bouquet of short films, IANS reported from New Delhi.

From romance to legal dramas, these slice-of-life movies are sure to touch the viewers’ hearts.

“Launching our two mini-movies, ‘Conditions Apply’ and ‘Good Morning’, with their first-ever Mini Movie Festival, is amazing. Conditions Apply is a classic relationship drama with a twist, we explore the idea of love and the things we do to find closure after a breakup. ‘Good Morning’ is a story of a multitasking super mom. We intend to inspire viewers with this tale of motherhood,” said Guneet Monga, CEO, Sikhya Entertainment.

“Written and Directed by debutante Gaurav Dave and Helmed by the fabulously talented Kirti Kulhari and Angad Bedi, ‘The List’ takes an incisive look into the life of an urban Indian couple in their early 30s,” said Malvika Khatri of Roy Kapur Films.