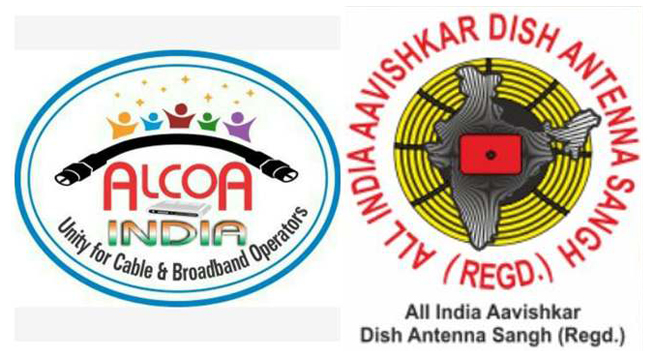 All India Aavishkar Dish Antenna Sangh (Aavishkar), one of India’s oldest and active body working for the cable industry, and All Local Cable Operators’ Association (ALCOA), have a struck a positive note on regulator TRAI’s tariff regulations by saying wide consumer awareness should be organized before implementation of the guidelines.

These two cable industry advocacy organisations’ stance is in sharp contrast to the confrontationist position taken by few other cable bodies representing regional LCOs and MSOs.

The Tamil Nadu Digital Cable TV Operators Association, a lobbying body for cable TV networks in the south Indian State of Tamil Nadu, in a letter dated October 18 sent to TRAI, had blamed the pay TV broadcasters for unilaterally increasing the prices of TV channels, thus harming the cause of consumers and cable distribution sector, in general.

The new rates are expected to come into force first week of December.

Aavishkar and ALCOA, in a joint representation to Anurag Thakur, Minister for Information and Broadcasting, on Tuesday said since the new tariff regime of TRAI —- popualry referred to as NTO 2.0 — would be implemented soon, it’s important that a sustained consumer awareness programme is rolled out before the implementation of the rules on the ground are sought as not only consumers, but MSOs and LCOs too would be heavily impacted.

The joint submission to the Minister was made by Dr. Anil K. Rastogi, President of All India Aavishkar Dish Antenna Sangh, and Narendra Bangri, Secretary-General of the All Local Cable Operators’ Association. Pointing out that NTO 2.0 should not be implemented without proper preparations and education of all stakeholders, the joint submission stated: “Along with making crores of consumers of cable TV aware about the NTO 2.0, country’s  cable operators and MSOs should also be made aware (about the tariff regime and its likely impact).”

Last week, most major broadcasters like Star-Disney group, Zee Entertainment/Zee Media, TV18 group (including Viacom18) and Sony Pictures Networks India announced the new rates for their respective channels, along with the bouquets on offer and their cost.

TRAI had sought compliance reports mid-October from pay TV broadcasters of India on the tariff regime it had announced within 10 days.

Incidentally, a case relating to NTO 2.0 is being heard by the Supreme Court, which sought replies from TRAI and the federal government in an earlier hearing, adding it would take up the case on November 30, which is expected to be the last hearing in the case.