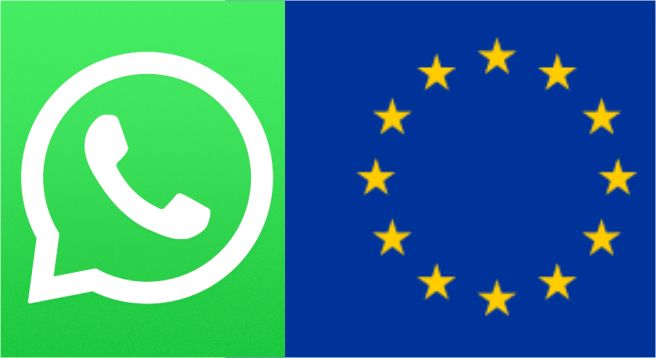 It’s not just in India where social media platforms are facing the heat whether it’s WhatsApp or Twitter or Google or Facebook or you name it. Globally tech companies are coming under increased and intense scrutiny as sovereign governments look to tighten the regulatory screws.

Now, Facebook’s WhatsApp faces a complaint from European Union consumer groups who say the chat service has been unfairly pressuring users to accept a new privacy update in what it calls a breach of the bloc’s regulations.

The European Consumer Organisation, or BEUC, filed a complaint Monday over the way WhatsApp has brought in changes to its terms of service and privacy policy, saying they aren’t transparent or easily understood by users, AP reported from London.

Many WhatsApp users switched to other chat apps like Signal and Telegram because of privacy concerns when the update was rolled out earlier this year because of concerns the changes would give Facebook access to more information on users.

WhatsApp has been bombarding users for months with aggressive and persistent pop-up messages to force them to accept its new terms of use and privacy policy,” BEUC Director General Monique Goyens said. They’ve been telling users that their access to their app will be cut off if they do not accept the new terms. Yet consumers don’t know what they’re actually accepting.

BEUC and consumer rights groups from eight member countries filed the complaint to the EU’s executive Commission and the bloc’s network of consumer authorities.

WhatsApp said the complaint is based on a misunderstanding of the update’s purpose and effect and would welcome the opportunity to explain it to the BEUC.

Meanwhile, in India, faced with a similar situation WhatsApp told a Delhi court last week that it has put its privacy policy for Indians on hold till the time the Parliament brings in a personal data protection law, which is pending House approvals.

India’s proposed data protection law seeks to regulate the use of individual’s data by the government and private companies. A joint committee of Parliament is presently examining a Bill relating to data protection. The panel has been given time till the monsoon session of Parliament — likely to start later this month — to submit its report.