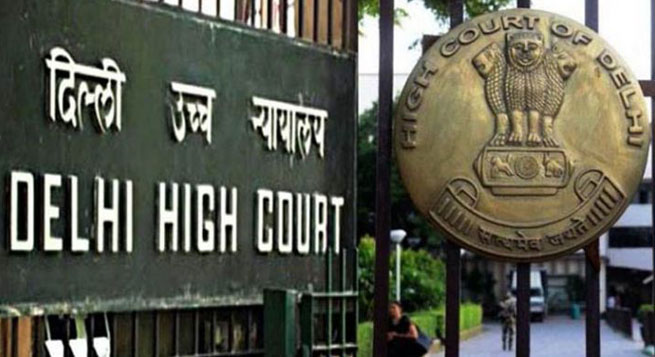 Holding forth on a petition filed before it, the Delhi High Court further observed that such acts, even if the photos themselves were not offensive or obscene, would amount to breach of  a person’s privacy, Live Lawlegal website reported. While making the observations, a single judge bench of  Anup Bhambhani, according to the legal news website, held that in such cases, the court may pass an order of injunction or restrain as  such publication of photo would “likely result in ostracisation of the person concerned in society and therefore immediate and efficacious remedy is required in such cases”.

While appreciating the “indisputably anarchic nature of the Internet” as a medium and accepting that the world-wide-web is intractable by reason of its global expanse, interconnectedness and the fact that content, including offending content, can be very easily placed on the world-wide-web by people from the farthest corners of the world, which is almost impossible to control, the court said it cannot be ignored that “the law and judicial opinion in India…mandates intermediaries to remove and disable access to offending content once they receive ‘actual knowledge’ by way of a court order or upon being notified by the appropriate government agency”.

A failure to remove the content makes an intermediary “liable to lose the exemption from liability available to it under section 79(1) of the IT Act, “ the court observed.

The court also observed that an intermediary cannot be heard to say that it is unable to remove or disable access to offending content despite actual knowledge as contemplated in law.

In the opinion of this court, for an order directing the removal or access disablement of offending content to be effective even within India, a search engine must block the search results throughout the world since no purpose would be served by issuing such an order if it has no realistic prospect of preventing irreparable harm to a litigant, the judge stated, while quoting observations made by the Supreme Court of Canada in a case involving Google and Equustek Solutions Inc.

“A direction is issued to the search engines Google Search, Yahoo Search, Microsoft Bing and DuckDuckGo to globally de-index and de-reference from their search results the offending content as identified by its Web URL and Image URL, including de-indexing and de-referencing all concerned web-pages, sub-pages or sub-directories on which the offending content is found, forthwith and in any event within 24 hours of receipt of a copy of this judgment along with requisite information from the Investigating Officer…,” the court said.

Judge Bhambhani also directed search engines, owned by Google, Yahoo, Microsoft and DuckDuckGo, to endeavour using “automated tools to proactively identify and globally disable access to any content, which is exactly identical to the offending content ( as referred to in the petition it had taken up) that may appear on any other websites/online platforms”.