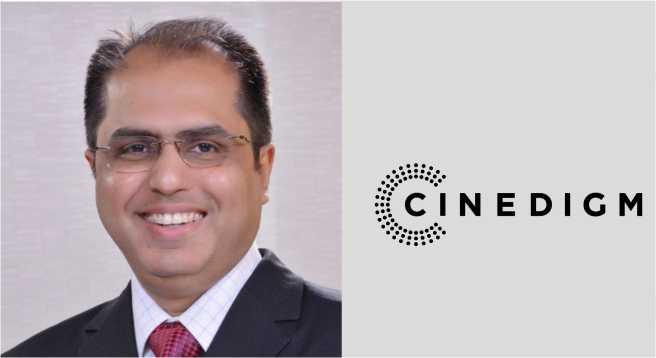 As the COO, Supriyo is tasked with establishing Cinedigm India as a key content distribution and licensing entity in India and all of South East Asia.

The mandate includes leading the global expansion of Cinedigm’s current streaming channels and services in this burgeoning market as well as the development of future, regionally focused services across AVOD/SVOD and free ad-supported television (FAST) video streaming platforms.

Prior to joining Cinedigm India, Supriyo lead the content and media teams at Ericsson India, focusing on media issues and how the company’s technology could facilitate solutions within the digital and video streaming industry.

Prior to his role at Ericsson, Supriyo was instrumental in launching 18 channels across TV, news and entertainment as the GM of India’s Sahara TV, a media network controlled by Lucknow-based Subrata Roy family.

In his new role, Supriyo looks to build on his past media experience to develop key partnership opportunities that will establish Cinedigm India as a key distributor of SVOD, AVOD and FAST services (carriage-fee based, pre-paid and post-paid). In addition, he will work to leverage the company’s expertise in content distribution to establish Cinedigm’s proprietary content distribution platform, Matchpoint, as a highly scalable solution for content owners seeking to expand their distribution footprint.

Supriyo will also be responsible for expanding the global footprint of Cinedigm’s extensive content library across various platforms in the Asian region spanning India, SEA and MEA as well as other developing markets. He will also drive new content deals from the lucrative South Asian market for distribution in North America across Cinedigm’s current and future portfolio of SVOD, AVOD and FAST streaming services.

“We are thrilled to have an executive of Supriyo’s caliber and with his breadth of experience join our management team in such an important role at a pivotal time for our Company,” said Tony Huidor, Senior Vice President, Product & Technology & General Manager, Digital Networks at Cinedigm.

He added that Supriyo’s leadership experience and expertise in media technology will not only help Cinedigm India to establish itself as a leader in the emerging OTT industry in the region but also introduce the company’s streaming services to a whole a new audience across the entire South Asian sub-continent.

Supriyo said, “I am excited to join the company as we continue to expand Cinedigm’s global footprint. Cinedigm’s global expansion in streaming has been driven by a strong portfolio of channels, state of the art technology platforms, as well as first class content. The company’s strong acquisition strategy has led to an increase in viewership across its streaming channels, and I am eager to see the continued growth as we open up the channels to a new audience in the South Asian market.”

An innovator in the digital transformation of the entertainment industry for more than two decades, Cinedigm’s core mission is to entertain the world by building the world’s best portfolio of enthusiast channels and services for the streaming generation. Through a diverse mix of premium SVOD services and dedicated AVOD and FAST channels, Cinedigm’s streaming portfolio reaches indie film (Fandor), horror (Screambox & Bloody Disgusting) and family entertainment (Dove Channel), as well as dedicated channels for iconic entertainers, led by Bob Ross (The Bob Ross Channel).