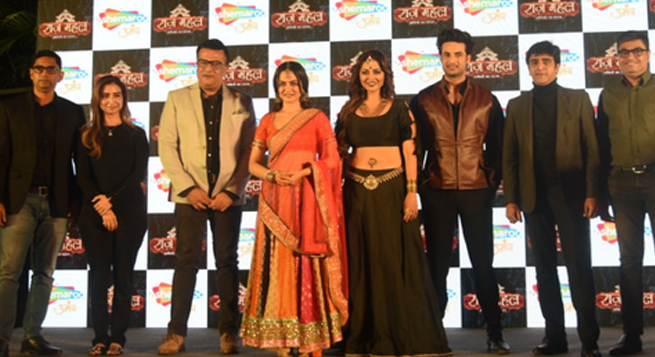 The show will air on Shemaroo Umang every Monday through Saturday at 8.30 p.m. The show is also available on the OTT platform ShemarooMe.

The show features a stellar cast of popular actors in lead roles, including Ridhiema Tiwari, Himanshu Soni, and Neha Harsora.

The show has been ably supported by an ensemble of artists including Preeti Puri, Himani Sharma, Ashish Drall, and Arina Dey in previously unseen avatars.

The thrilling fantasy drama revolves around Chandralekha (Ridhiema), an evil character who, in her quest to become immortal, engages in dark and wicked activities.

She is pitted against Sunaina (Neha), a pure and kind-hearted soul who marries Adhiraj (Himanshu), the royal prince. He is an obedient and lovable individual who respects everyone but is especially close to Dakini. Shemaroo Umang delivers on her promise of bringing you unique and powerful stories with a thrilling tale of love, family, dark magic, and revenge.

Sandeep Gupta, COO, Broadcasting Business, Shemaroo, said, “At Shemaroo Umang, we aim to offer diverse content to entertain our viewers. Raazz Mahal is our first step into the fantasy-drama genre, and we hope that with the sheer dedication and efforts of the team, we live up to the expectations of the viewers and keep entertaining them on prime time.”