'Ramayan' now returns for a rerun on Star Bharat
SUBSCRIBE 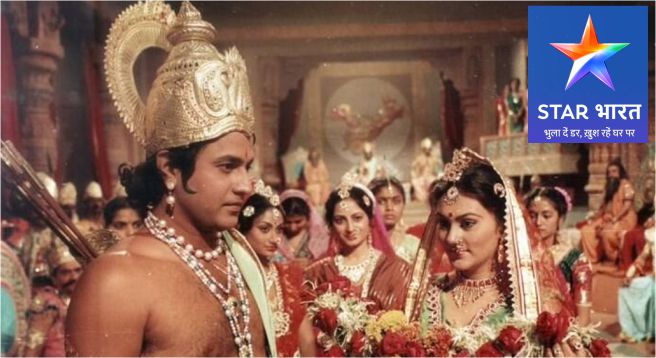 In challenging times human beings do turn to gods for inspirations. If last year when the pandemic locked up the whole of India for a major part of 2020, telecast of `Ramayan’ serial on pubcaster Doordarshan gave solace to people and boosted the network’s ratings, this year it’s Star that’s looking up to the legend of man-god Ram to work some wonders for it — even as the pandemic throws up newer challenges.

Ramanand Sagar’s epic `Ramayan’, which first aired on Doordarshan in the late 1980s mesmerizing the nation on Sundays, has started airing on Star Bharat, according to a report by PTI.

Actor Dipika Chikhlia Topiwala, who climbed to fame playing Ram’s wife Sita on the show, recently took to Instagram to inform her fans about its rerun.

“So excited to share that ‘Ramayan’ will be airing on the small screens again this year! ‘Ramayan’ aired during the lockdown last year, and looks like history is repeating itself. The show has been a huge part of not just my life, but thousands of Indian families for years. Come be a part of our community and share the knowledge of the ‘Ramayan’ with generations to come,” PTI quoted her as saying on a social media platform.

Since Sagar’s ‘Ramayan’ — the story of Ram and his life lived on ideals — several versions have been attempted with new tech and beefed up actors, but the none have managed the cult status attained by the 80s’ show and the strong viewer-connect it still continues to have.