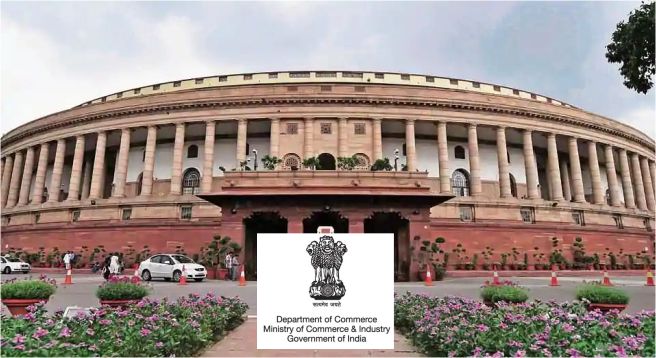 An Indian parliamentary panel has suggested that the government enact a special legislation to curb all types of IP piracy in the country and undertake a study to see the impact of revenue loss.

“The Committee recommends that a specific legislation to curb counterfeiting and piracy should be enacted to restrain the growing menace of such IP crimes in India,” the Parliamentary Standing Committee on Commerce said in its report tabled in Rajya Sabha (Upper House of parliament) last week.

The panel suggested to the government to devise a “determinate method to estimate the revenue losses” being incurred due to counterfeiting and piracy, and the level of such crimes being committed in India.

“This would act as a significant tool in analyzing the adverse impact of Counterfeiting and Piracy on India’s economy and for implementing corrective measures to curb the rising incidents of such crimes,” it said.

The department in the Commerce Ministry responsible for IP and copyrights issues had conveyed to the parliamentary panel members that it was making sustained efforts to prevent counterfeiting and piracy in the country and exploring all avenues to spread awareness about IPR.

Training programmes on IPR enforcement are being conducted for law enforcing agencies in order to create a better understanding on the role of these agencies in IP infringements, the panel was told.

Further, in collaboration with the International Trademark Association, the government department had organised a three-part webinar series on ‘Anti-Counterfeiting and Enforcement in the wake of Covid- 19 disruption in India’ to create awareness towards the changing trends of counterfeits and the challenges faced in enforcement of IPR in the country.

Some of the other recommendations of the parliamentary panel included the following:

(i)           IPR facilitation centers should be established in tier-I, tier-II and remote regions of the country with a focus on enhancing the awareness of medium and small-scale enterprises, small businessmen and traders.

(ii)         The training programmes and workshops being organized by the department (concerned) should be oriented towards inculcating scientific temperament and knowledge about identification of novelty in their products and protection of IPRs.

(iii)        IP courses and curriculum should be introduced in schools, colleges, management schools and IPR training, workshops and conferences should be organized for students along with professors and teachers.

(iv)       Since print and visual media plays a crucial role in creating awareness regarding IPR and piracy, interactive workshops for journalists may be organized to make them aware of the need for protecting IPR.