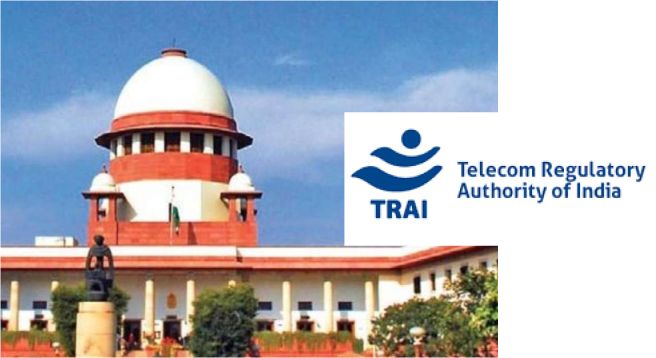 The eagerly awaited case involving the new broadcast and cable TV tariff regime, directed by India’s telecom and broadcast regulator TRAI, could not be concluded Tuesday as some had expected.

The Supreme Court was unable to take up the case relating to challenge of TRAI’s tariff regime by broadcasters due to paucity of time.

The broadcasters’ had challenged in the Supreme Court a Bombay High Court order, which upheld regulator TRAI’s powers to make economic regulations, while granting some concession to the TV channels in a case that’s popularly known as New Tariff Order 2.0 (NTO 2.0) case.

However, because of a mention made yesterday about the case by one of the petitioners, the apex court decided to hear it early 2022. Still, an exact date is not yet known.

In the meantime, taking note of requests from the industry and the public, TRAI recently pushed back the implementation of the NTO 2.0 from December end to April 2022.

TRAI had also flayed the new TV channel rates that the broadcasters had announced in October, which, observers said, would hike monthly subscription rate for a consumer by 15-20 percent.

Terming criticism of its revised tariff regime or NTO 2.0 as “a fictional pretention” as it does not entail or prescribe grounds for increasing prices of TV channels, TRAI had earlier said it would review the implementation time frame, mainly to help the consumers.

“The price hike has been announced on their own (by pay TV broadcasters) in the garb of complying to NTO 2.0, which is not true. TRAI is conscious of the time required for implementation of necessary changes to be carried out to incorporate the considered choices of 150-160 million pay television homes. Therefore, TRAI may review the time frame provided for implementation to help consumers in making informed choices,” the regulator had said in a statement in October.

The IBF, several broadcasters and the Film and TV Producers Guild of India have challenged in the apex court the Mumbai court’s order on the ground it overlooks the constitutional rights of the broadcasters.

The new challenge by the broadcasters states that the Mumbai court has “incorrectly sought to read into Article 19(2), an additional requirement of public interest, when it comes to interpret a broadcaster’s right to freedom of speech and expression under Article 19(1)(a) of the Constitution of India”.